Policy-makers miss a trick if they assume that the climate change debate is anchored in scientific fact alone, argues Edward Robinson, a freelance researcher and consultant in sustainable economics. They ignore the moral dimensions at their peril. 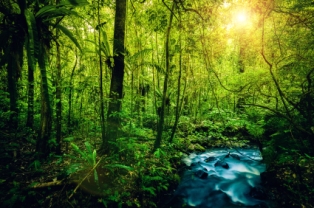 The World Bank is rarely considered a hotbed of radical political thought. However, in a recent report called Turn Down the Heat it warned policy-makers of the catastrophic implications to their economies and societies of a global average temperature rise of 4°C. Credit to the Bank, the report tries to emphasise the global nature of the problem: not a country untouched, not a supply chain undisrupted. However, we know that it is unlikely everyone will suffer the same.

Climate change presents three political problems: first, it is a cross-border phenomenon. Second, not only does it cut across borders, it cuts across generations. Third, it will take either money or serious forbearance to mitigate. At a time when people seem suspicious of clunky global bureaucracies, it is perhaps unsurprising that scepticism is on the rise. However, I believe that disputations over the science of climate change are very often cover stories for deeper (unstated) disagreements about the moral responsibilities of people living in today’s industrialised nations to pay the bill for past and future environmental damage.

Here is an example argument: I am hardly rich, I may live in a comparatively rich country but my income is squeezed. I didn’t start the Industrial Revolution and I’m in my late thirties anyway – I’ll be long gone before any of this stuff kicks off. Why is it my responsibility to ensure people, as yet unborn in countries I’ve never been to, aren’t threatened by climate change? Climate change doesn’t exist anyway.

I hope this brings out the near-redundancy of the last sentence from a political perspective. So, forgetting about the science angle or attempts to terrify our voter into submission, let’s have a go at convincing him.

To economists, the reply seems obvious:

We know that our actions today are impacting on the ability of humans in the future to lead the quality of life Westerners now enjoy. In the jargon: our uncompensated agency now is impacting on the choice set available to future agents in maximising their utility.

Yet this argument merely begs the question. If you don’t already subscribe to a kind of universal, intergenerational social contract theory, you won’t find this argument persuasive, even if you do agree on the science. Luckily, this is not the only moral game in town.

Does Nature have rights?

Ecologists take issue with economists for assuming that Nature is merely instrumental to human ends, having no intrinsic value of its own. I’m not sure whether this counter-argument is radical or conservative, but it’s probably held by most naturalists and Green activists, and certainly by animal rights sympathisers.

Admittedly, it is on the vague side, difficult as it is to say exactly what follows from Mother Nature having rights. Some would argue further, as the philosopher John Gray has regularly done, that we needn’t worry about the planet, it’ll be fine; it’s humankind’s survival we should worry about.

What about a third argument, updated by the philosopher Roger Scruton in his recent book Green Philosophy? This argument is ethical rather than moral, concerning a way of life rather than rules for treating others. On this line, Nature doesn’t have to be intrinsically valuable to be preserved, but a sense of heritage and legacy inspire its stewardship.

Of course it is quite possible to build plausible moral arguments that those alive today have no responsibility to people living in the (albeit less and less) distant future – the “live for today” reply. In the debate over abortion, for example, it is usually assumed that a person cannot enjoy a right until he/she exists, the debate turning on when that precise moment occurs.

Nonetheless, those working towards public acceptance of climate change mitigation are surely aided by considering their (and their opponents’) assumptions. Ideology, in the environmental debate like many others, is too often like Flaubert’s narrator: present everywhere but visible nowhere.