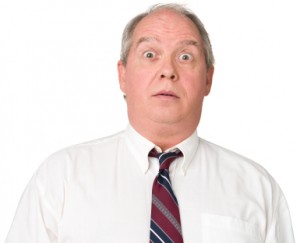 The UK government would have to increase the state pension age all the way to 80 if it wanted to keep the proportion of people who receive it to the same level as when it was first introduced in 1908, according to a recent article from the think-tank Longevitas.

This statistic demonstrates the amazing changes that the state pension has undergone since it was first introduced. The proportion of people who receive the state pension has expanded dramatically since then because of two countervailing trends during the 20th century. Firstly, life expectancy rose, meaning more people lived long enough to reach the age at which they qualified for the state pension, and secondly, the state pension age was reduced from 70 to 65 (only in the last couple of years has this trend been reversed, with a series of phased increases which started to take effect in May 2010).

According to Longevitas, in 1908 a 20-year-old male’s odds of living to age 70 were only about 1 in 3. By 2009, this had risen dramatically to 4 in 5. The number of years which people live after reaching the state pension age has also risen significantly; in 1908 the lucky third of males who reached 70 only survived for another 8 years, on average, whereas the 80% who did so in 2009 averaged another 14 years of life after that.

As Stephen Richards, the author of the article for Longevitas, put it, the debate hinges on whether the state pension is genuinely a form of social insurance, or whether it should be thought of as a right which everyone expects:

“The basic state pension was conceived and set up as a social-insurance safety net, as only just over a third of adult males were expected to survive to the retirement age. Over time, however, the dramatic fall in mortality rates has changed the perception of retirement to something everyone will very likely reach. As a result, this has also changed the perception of retirement pensions. The problem is that the costs have increased radically: to fund the original social-insurance pension, a relatively modest amount needs to be taken from everyone to fund pensions for a smallish proportion of survivors. In contrast, funding the current system demands that a much larger amount needs to be taken from everyone to pay pensions for a large proportion of survivors who also live a lot longer than before.”

As an aside, it is now a widely-forgotten fact that the original state pension created in 1908 was actually means-tested, in addition to having a higher qualifying age. Potential recipients also needed to pass a character test and jump through a range of other hoops which were explained in a previous IF blog post, What can we learn about pensions from the Victorians? Its architects clearly wanted very few people to be able to receive the state pension, and designed these barriers to ensure this was the case – the opposite of the way we view it as a universal benefit today.

Clearly, as Britain’s population ages, we are going to have to decide what we want the state pension to be for, while finding answers to all the awkward questions which any reforms are likely to pose. These are likely to include how we reconcile higher state pension ages with the fact that poorer people live shorter lives, and how to persuade people to keep making National Insurance payments while restricting access to the biggest benefit which people get in return for them.

Nevertheless, this is a debate which Britain urgently needs to have with itself, unless we want the government to have no option but to raise the state pension to 80 in order for the payments to continue.