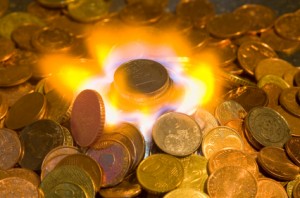 In a surprisingly blunt statement, Deputy Prime Minister Nick Clegg admitted on 10 January that he thinks it’s very unlikely the UK’s current programme of universal benefits will still be in place following the next general election, which is scheduled for 7 May 2015.

Speaking to reporters at Westminster, Clegg predicted that 2015 will mark Britain’s first full-blown “scarcity election”, in which the political parties will have to be markedly less generous in the promises they make to voters. He said he felt it would be impossible for the politicians to maintain the current situation, in which age-related universal benefits such as the winter fuel allowance, free bus passes, free prescriptions and free television licences are given to all pensioners regardless of their financial means.

According to the Press Association, Clegg made the following statement about how he thought the situation would have to change with regard to universal benefits following the next general election:

“Any political party who goes into the next general election committing to not touch a single hair on the head of benefits for the most affluent pensioners in this country will be found out very quickly.

You cannot ask people to take big cuts in their housing benefit, in their other benefits, and say it’s okay for Peter Stringfellow and Alan Sugar to be given a whole bunch of free benefits when they don’t need it, paid for by other taxpayers.

When you are having to make the largest amounts in savings in public expenditure, unprecedented of  savings in a generation or two, the idea that you exempt millionaire and multi-millionaire pensioners uniquely from further savings is completely irrational.

And, by the way, it is not supported by many, many of those people who actually in increasingly large numbers are voluntarily giving those benefits back. The next general election in my view is going to be the first full-blown scarcity election… I would be gobsmacked in that context if any sensible, responsible political party will somehow think it’s explicable or justifiable that millionaire or multi-millionaire pensioners are not going to be affected at all.”

The political impact of these remarks is likely to be significant. Many commentators were quick to say they had been calculated to put further distance between the Lib Dems and their Conservative coalition partners in the minds of voters, following David Cameron’s repeated insistence that he will protect universal pensioner benefits for as long as he can.

The other interesting dimension of Clegg’s speech was the way he made reference to “millionaire pensioners” (such as Peter Stringfellow and Alan Sugar), who clearly have no need of income support from the taxpayer. While recent IF research has shown that this class of pensioners is much larger than most people realise – the UK is home to nearly 1 million people above the age of 65 who live in households with a total wealth of more than £1 million, and this rises to almost 2 million people if all the over-60s are included – it’s important to note that this is not really the central problem with these benefit schemes.

Talking about “millionaire pensioners” could make it sound to many voters as though the elderly are being unfairly targeted just because a minority of them are very well-off. In actual fact, there are much better reasons for cutting back universal benefits for the elderly: in particular, it is unfair that benefits for youngsters and people of working age should be cut whilst pensioners have theirs protected, and also, simply the fact that many of these schemes are poorly designed and end up redistributing money extremely inefficiently. A case in point is the Winter Fuel Allowance, which is paid to all pensioner households at a total cost of £2.7 billion a year, despite only 12% of pensioner households living in fuel poverty.

It is clearly iniquitous for us to extract money from the general taxpayer to give to pensioners who don’t need it. The Winter Fuel Allowance represents just the tip of the iceberg; in total, universal benefits to pensioners cost the UK roughly £5 billion a year.

As this is an enormously sensitive political issue, finding a way of cutting back on the benefits which people don’t need, while helping the minority who do need them, looks set to be a major challenge for whoever finds themselves in power after our “scarcity election” in 2015.