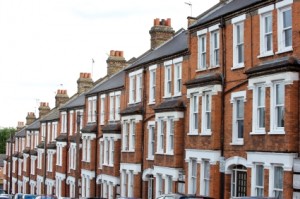 “Good News Britain,” exclaimed the headline in a recent article from the Daily Telegraph, “Homeowners confident of house price rises in 2013.”

This is a typical example of the way the British media presents rising house prices as a sign of progress, when of course for people who are struggling to get on the property ladder – especially young people looking to buy their first home – they are the opposite.

So why has this trend emerged?

An Englishman’s home is his castle

It seems fair to say that for a long time, a preoccupation with home-ownership has touched at the heart of Britain’s national psyche. Historically, rates of home-ownership are much higher in the UK than in several of our European neighbours, where it is still much more common to spend a lifetime renting, as was the case in the major American cities where apartment living was first pioneered.

Yet our attachment to home-ownership seems to go much deeper than that. “An Englishman’s home is his castle,” as the old saying goes, showing how the home represents a private, sheltered domain where the homeowner has control of everything, away from the turbulent vicissitudes of life outside. The significance of home-ownership has always given it political importance; when ordinary people were given the vote, at first they had to be property owners, while Margaret Thatcher’s aim of creating a “property owning democracy” further consolidated the association between property ownership and citizenship.

Whether our society’s obsession with home-ownership is a good thing or not in economic terms is certainly open to debate. The major benefit of property ownership is that it gives ordinary people access to a source of fixed capital, which they can draw on in times of need (particularly during old age) or leave for their descendants to inherit. It also has social benefits too: from a moralistic standpoint, home-ownership should encourage people to work hard, save their money and take responsibility for their own lives, while being tethered to such an important asset geographically should encourage people to try and maintain the quality of their local area, giving them a stake in fixed communities which more transient residents may lack.

On the downside, it has been argued that widespread home-ownership encourages the inefficient allocation of capital, tying up money in bricks and mortar which people might otherwise invest in shares and equities or businesses. It also creates housing asset bubbles, particularly during periods when demand outstrips supply.

The current shortage of affordable housing in Britain has become so acute that it’s easy to find a plethora of grisly-looking statistics which illustrate just how tough the conditions facing young would-be buyers have become.

The high deposits which people now need to find to get on the property ladder have attracted particularly negative press in recent years, and since these are charged as a percentage of the property’s value, rising house prices are particularly bad news for people who are trying to save up for one.

Another recent article from the Daily Telegraph noted that the number of first-time buyers reached its highest level in 2012 since the financial crisis five years earlier, but this was despite buyers having to find an average deposit worth 20% of the property’s value.

Taking this into account, it’s hardly surprising that two-thirds of those who took part in a Halifax survey of renters aged 20–45 said they didn’t think they would ever be able to own their own property, despite three-quarters of the respondents saying they aspired to do so.

This trend will have negative consequences of its own for society, as Andrew Rawnsley argued in a 2011 article for The Observer:

“The shortage of accommodation is already powering a vicious spiral – pushing up rents, making it even more difficult for the young to save for a deposit, forcing some back to live with their parents or to kip on mates’ sofas. People will have families later. Saving for a deposit is a good habit, useful to both those who acquire it and for the economy and society. That is a discipline this generation will not bother to learn – and why on earth should they? – if there is no point trying because they will never be able to save enough.”

The dramatic increase in the cost of deposits is one very important facet of how rising house prices are good for those who are lucky enough to own property, but very bad news for the millions of young people who would like to be in that position themselves, but simply can’t afford it.