Peter Hanton examines the rise in bright British undergraduates applying to universities outside the UK, and looks at why those educated in Britain are increasingly taking jobs abroad. 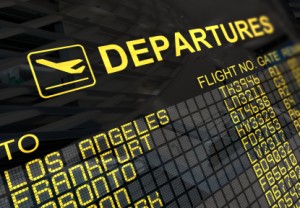 Inadequate financial support and high debt burdens are encouraging our brightest students to study abroad, while a lack of affordable housing and a lack of decent job opportunities are pushing high-flying graduates overseas.

In their analysis of 2012 admissions, UCAS have revealed an unexpected 2 per cent drop in the number of straight-A students accepting places at British universities. Some university experts argue that this results from an increase in Britain’s brightest opting for prestigious American universities.

Although tuition fees are often perceived to be significantly higher in America, this does not seem to prevent the very best students from studying across the pond, as prestigious Ivy League institutions like Harvard and Yale have huge endowments with well established and accessible bursary schemes. A British student studying at Yale said perceived high fees should not put students off: “If Yale want you, they make sure it works.”

This trend is rapidly increasing: Higher Education Statistics Agency data on British student employment in 2011 showed that six months after leaving university 5,175 were working overseas – a 27 per cent increase on the 4,060 in 2008.

A factor playing a part in driving this emigration could be that British graduates with student loans do not at present have to make contributions to paying back their student debts when working overseas.

Moreover, not only are a meaningful proportion of recent graduates taking jobs abroad, but also many graduate professionals are emigrating. Estimated total long-term emigration from the UK in 2011 was 338,000. A recent Home Office report published in November showed that almost half of all Britons that emigrated were previously in professional or managerial roles.

What can the government do to stem the flow of students and graduates?

To combat a similar graduate “brain drain” Hungary has taken a drastic measure to trap graduates. The Prime Minister, Viktor Orban, announced earlier this year that contracts would be drawn up forcing state-sponsored students to sign a document binding them to stay in Hungary for at least six years after graduation. The long the period of study, the longer the enforced stay in Hungary.

In Britain, as students and graduates receive increasingly tempting offers from abroad for development and employment opportunities, either they’ll have to be incentivised to stay through access to better financial support systems, or perhaps extreme measures will have to be taken making it difficult to emigrate.

However, the extent to which Britain’s brain drain is a result of high tuition fees and a lack of jobs for the young or rather larger intergenerational inequalities is currently unclear.

The younger generation’s future in Britain looks gloomy with little hope on the horizon. The exodus of Britain’s brightest to study and work abroad is set to turn from a trickle to a torrent unless policy-makers take action.