The Chancellor’s Autumn Statement broke the link between CPI and increases in benefits. So the unintended effect of the rise in tuition fees – potentially wiping out the deficit reduction that the scheme was supposed to achieve – has been averted. But public service pensioners will still gain. Antony Mason explains… 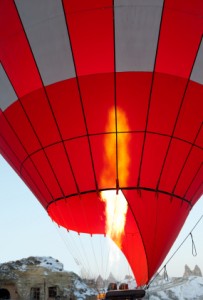 As the Office of National Statistics (ONS) put it: “The Consumer Price Index (CPI) annual inflation stands at 2.7 per cent in October 2012, up from 2.2 per cent in September. University tuition fees were the largest contributor to the rise.”

In fact, 0.36% of the 0.5% rise came from education (see Table II, Contribution to changes in all items, in the ONS CPI and RPI Reference Tables, October 2012).

Pensions and benefits were set to be adjusted according to CPI. So a rise of 0.5% in the CPI meant a substantial extra cost to the government. The 0.36% from education started to look like an embarrassing oversight come true. Remember that tuition fees were introduced as a deficit-reducing measure, with projected savings of £1.3 billion.

Dr Andrew McGettigan, in his paper for the Intergenerational Foundation entitled False Accounting: Why the Government’s Higher Education Reforms Don’t Add Up (May 2012), suggested that this increase to CPI could add a £2.2 billion burden to the social security budget by 2016.

The press covered the potential impact of tuition fees on the October rise in CPI quite extensively. This included the article by John Morgan in Times Higher Education. The comment boxes attached to the online version includes a contribution that quotes an exchange in the House of Commons, quoted here directly from Hansard (8 November 2012):

Shabana Mahmood (Birmingham, Ladywood) (Lab): It is clear that the maths supporting the Government’s higher education funding policy is star[t]ing to unravel. The Office for Budget Responsibility has shown that tuition fees count towards inflation and will add 0.2 percentage points to the consumer prices index in the fourth quarter of this year, so the impact of the Government’s policies not only will be felt by students, but will have wider implications. Because CPI is the measure by which public pensions and benefits are increased annually, the Government’s welfare bill and civil service pensions will be affected at next year’s annual uprating. Therefore, does the Minister accept that his policies are disastrous not only for students, but for Government finances in general, and what conversations is he having with other Departments about mitigating that?

Mr Willetts: Let us be absolutely clear about what our reforms will do. They will save money for the Exchequer, but at the same time they will ensure that universities have, if anything, an increase in the cash they receive for teaching, and graduates will repay only when they are earning more than £21,000 a year. That is a fair deal for all the partners in the higher education system.

A cartoon in a recent edition of the Spectator showed a teacher addressing a pupil in classroom: “You failed to answer a single question, Richardson. Are you planning to become an MP?”

So, welfare benefits, state pensions and public service pensions looked set to get an uplift of 0.5%, largely at the cost of university students.

But in the Autumn Statement of 5 December the Chancellor niftily avoided this effect. Rises in benefits (the largest sector in this group by far) were unhitched from CPI. They will now rise by just 1% for each of the three years commencing in April 2013.

The CPI link remains for state pensions and public service pensions. However, state pensions are not affected by the October 0.5% uplift because they are held in the “triple lock” system, which means the annual increase is determined by the highest of three measures: wage inflation, price inflation (CPI), or a baseline 2.5 per cent. In any case, the decision about this is not made until December and is based on September figures. So this will not be an issue until December 2013. Embarrassment averted. For the present.

That leaves just one set of beneficiaries of the rise in CPI thanks to tuition fees: public servants.

A seasonal note suggests itself, about turkeys voting for Christmas.