What did the 2012 Autumn Statement do for intergenerational fairness? David Kingman investigates 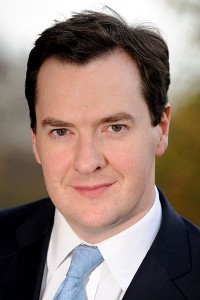 The 2012 Autumn Statement delivered by Chancellor George Osborne on Wednesday 5 December had been much-anticipated by the public and media alike, who were all eager to hear how much economic pain will be in store as the government battles to balance its books over the coming years.

After he’d finished speaking, observers from across the political spectrum were quick to offer their reactions. Yet, as is usually the case, most of the responses to the Autumn Statement concentrated on how it would affect people with different levels of wealth – a traditional class-based analysis.

Here at the Intergenerational Foundation we take a different view: we have been looking at Osborne’s policies in intergenerational terms. So, how will his plans affect today’s young people, and the future generations who will come after them? Read on to discover the answer…

The first thing that needs to be said about the 2012 Autumn Statement is that it contained plenty of ideas which someone with an interest in intergenerational responsibilities could get excited about.

At the top of the list is Osborne’s enduring commitment to financial responsibility. Although the particular austerity tactics that have been used to try to rein in the deficit have proved controversial, the idea of reducing the financial burden that we leave for the younger generation to inherit appears to be a step in the right direction.

Therefore, the fact that both public sector net borrowing and the overall deficit have been forecast by the Office for Budgetary Responsibility (OBR) to fall between now and 2018 suggests a positive trend. If the predictions hold true, Britain’s deficit will go down from 7.9% of GDP last year to 1.6% in five years’ time, while annual borrowing should be less than a third of its current level, at £31 billion.

Of course, these predictions are easy to attack. Firstly, they may simply prove to be wrong, as has happened with the overall target of reducing the debt burden by 2016. This has now been put back a year, meaning the period of austerity will have to last a year longer than had been planned as well, to 2018. The second, and more serious, charge is that fiscal restraint is the wrong policy altogether.

The intergenerational argument here is more complicated than it might seem at first: while the idea of leaving the next generation with a smaller debt burden to pay off seems like the moral and responsible thing to do, there is also an argument that austerity could do so much damage to Britain’s economic capacity that its future prospects will remain blighted anyway.

Probably the best you can say is that while no-one really knows what the long-term impacts of austerity will be, leaving the next generation with a huge debt burden to pay off which they played no part in creating will definitely harm their prospects – so it’s probably a case of better the devil you know.

The Autumn Statement did also include a number of pledges and spending plans which, if implemented, could have substantial benefits for future generations. In particular, much was made of improving parts of Britain’s infrastructure in order to safeguard our future growth.

The much talked-about “knowledge economy” received a particular boost, with a total of £1.87 billion pledged towards improvements in science, further education and schools. At the same time there were also some spending pledges whose merits were much more difficult to assess.

A total of £5 billion was promised over two years to help improve Britain’s built infrastructure, including £1 billion for road upgrades. Some intergenerationalists would argue this is likely to be a positive development for future generations, improving a vital part of Britain’s economic engine, while others would say that the environmental costs – both globally (in terms of carbon emissions) and locally (where some pristine landscapes will presumably never look the same again) – will offset any economic benefits it can possibly provide.

Finally, when it came to taxation (a very hot topic in the run-up to the statement), young people look likely to benefit from two of the Chancellor’s key proposals. The tax-free personal allowance is being increased again, so the first £9,440 which someone earns will now not attract any income tax, and at the same time the tax-free ISA limit will rise to £11,520 from next April. Both these moves look particularly likely to benefit younger people, whose earnings tend to be lower, as well as the low-paid in all age groups more generally (including many pensioners).

Blots on the horizon

However, the Autumn Statement did also contain some proposals which look more likely than not to have a negative impact on young people and future generations.

Of course, as we have already seen with austerity and road building, there are two sides to every prediction. For example, the statement proposed that the government should investigate the feasibility of offering tax-breaks to companies which invest in “fracking” – a method of cheaply extracting natural gas from beneath the soil which some people have criticised on environmental grounds, but which has also let Americans enjoy much cheaper energy. Future generations may come to regret this decision, for the same reasons that road-building may turn out to be a bad idea; or, they could benefit from a large, low-cost, domestic source of energy which drives their future comfort and prosperity. Viewed from the present day, we simply don’t know.

The most intergenerationally regressive element of the statement involved proposed changes to the tax system. George Osborne made it clear that the Coalition government has ruled out a new tax on property wealth, either directly or through changes to council tax bands, which could go a long way to address the unfairness of asset wealth being taxed relatively lightly (compared to earned wealth) that still persists under the current system.

The Coalition government has also made it clear that it intends to continue discriminating in favour of pensioners compared to other social security recipients as it tries to cut the welfare bill. As a result of changes announced in the Autumn Statement, most benefits which are paid to working-age people – including Jobseeker’s Allowance, Employment and Support Allowance and Income Support – will only be up-rated by 1%, as will Child Benefit. By contrast, the state pension will continue to benefit from the government’s “triple lock” guarantee, which means that it will rise by 2.5% next year. Public service pensions will also continue to rise by CPI, which is currently 2.7%.

Of course, many pensioners live on low incomes, and, as David Cameron famously said, “we’re all in this together.” Yet the overall impacts of the policies his Chancellor announced mean that people of working age have been hit much harder by government austerity measures than those who are post-retirement age.

The Institute for Fiscal Studies expressed this very well in its official response to the Autumn Statement. It’s Director, Paul Johnson, said the following:

“The effects of yesterday’s announcements will be to reduce incomes in the bottom half of the distribution, slightly increase them in the upper-middle –- among workers on modest salaries and among pensioners – and to reduce incomes for the best-off.

Working-age individuals receiving benefits and tax credits have been hit. The richest few percent have been hit very hard. Pensioners, and those in work on more modest incomes have borne less of the burden. Some of course are riding out the hard times quite comfortably.

But when you take account of what has happened to earnings, all parts of the working-age population have been losing out. In that sense at least, it is probably fair to say that those of us of working age really are all in this together.”

(Photograph of George Osborne reproduced under the terms of Wikimedia Commons)