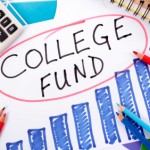 Viewed from this side of the pond, American universities are generally known for two things: academic excellence, and charging eye-wateringly high fees. It has generally been argued that the latter produced, and to some extent justified, the former, but new evidence has suggested this may no longer be the case.

American universities have a history of doing very well in global rankings of the world’s top universities, yet there is some evidence that they may now be slipping. The most recent edition of The Times Higher Education World University Rankings still placed seven American institutions among the world’s top ten, while the country accounted for 76 among the overall top 200, which was 45 more than any other nation.

However, the authors note that 51 of these institutions were ranked lower than they had been the previous year, while their competitors in the Far East were on the rise. In particular, there was a marked divergence between the top brands – Harvard, Princeton, Stanford, MIT etc, which have been able to pump more money into their services and facilities off the back of ever-increasing fees – and the publicly funded institutions, particularly state universities, many of which have suffered significant cuts.

The scale of the fees charged by the major American universities has become increasingly controversial in recent years. According to The Economist, the cost of higher education per student has risen five times faster than general inflation since 1983, suggesting a runaway increase in prices. Consequently, the average amount of debt per student has doubled in the last 15 years, to $26,000 (over £16,000) in 2011. The total student debt accumulated by American students now stands at over $1 trillion (£0.6 trillion).

However, a more significant problem for many students at American universities is the comparatively high dropout rates. Many students find they are forced to leave higher education after they’ve enrolled because of financial pressures, to the extent that undergraduates studying a four-year course at an American university now have only a 57% chance of completing their degree within six years. Students who drop out end up with the worst of both worlds, having to repay the debt they’ve accrued without the actual benefit of a university degree to help them get a job.

Generations of progress thrown into reverse?

Whilst the large number of dropouts means that it’s become harder than ever before for young Americans to complete a university education, high fees deter many students from attending university altogether.

Some commentators have warned that this means America risks throwing decades of progress in educating its citizens into reverse, as the present generation of young people seems set to become the first in a long time to be poorer-educated than its parents.

According to the BBC:

“Andreas Schleicher, special adviser on education at the Organisation for Economic Co-operation and Development (OECD), says the US is now the only major economy in the world where the younger generation is not going to be better educated than the older. ‘It’s something of great significance because much of today̕s economic power of the United States rests on a very high degree of adult skills – and that is now at risk. These skills are the engine of the US economy and the engine is stuttering,’ he said.”

OECD figures show that only one in five young Americans now achieves a higher level of education than their parents, while another fifth are “downwardly mobile” – meaning they actually fall short of their parents’ level of qualifications. This represents a huge change from the 1950s, when America saw a large expansion of its higher education sector following World War Two.

The BBC article notes that an American born in the 1950s was roughly twice as likely to become a university graduate as someone born anywhere else in the developed world, whereas now they have slipped to 14th place on the global scale of graduation rates.

Of course, there is more to this story than high tuition fees. Some experts emphasise the role played by declining standards of secondary education in high schools, whilst there has also been the general problem of growing inequality in wealth and educational attainment across all levels of society.

Nevertheless, universities have an important role to play in ensuring that young people can all fulfil their potential, regardless of background. For decades, the standard antidote for treating poverty has been encouraging young people to get a college education, enabling them to work and study their way to a better life. Anything which gets in their way needs to be looked at carefully, in both the USA and Britain, if we still want our young people to have the bright future that previous generations enjoyed.