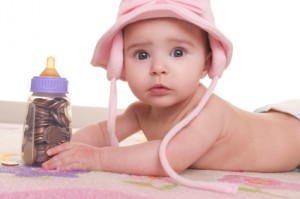 According to ONS projections, one in three UK babies who are born during 2012 are going to live to be over 100. Members of this generation, dubbed the “New Centenarians” by a report from the pension provider Scottish Widows, are set to enjoy unprecedented longevity, but the research also warns that they will face an almighty set of financial challenges over the course of their lives.

“Financial pressures to snowball for the New Centenarians generation”

Using ONS statistics to produce a range of projections covering future demography, employment and investment behaviour, the report warns that the generation that will turn 100 in 2112 will face the following challenges:

The report also estimates that the retirement age will have been raised to at least 70 before the New Centenarians reach it, so it’s likely that many of them will carry on working into their 70s, either for financial reasons or simply because they desire to. However, as much older workers become a more familiar sight, the labour market is likely to change somewhat to accommodate them, with a greater variety of flexible and part-time roles available to those who want to carry on.

Even if more and more people are staying at work beyond 70, many of the New Centenarians will still be faced with funding a retirement which could last up to 30 years, potentially spending a large proportion of it in poor health.

This will require a cultural change in our attitudes towards saving for pensions and social care, and people need to be persuaded to start planning for them from a young age.

Scottish Widows also conducted a survey of 1,000 parents who currently have children below the age of five in order see how they felt about the prospects facing the next generation.

Ian McGowan, Head of Investment Propositions at Scottish Widows, had the following to say about the report’s findings:

“The dramatic speed at which life expectancy is increasing means we need to radically rethink our perceptions of life, especially for our children. Most workers today expect their pension to fund a retirement of up to 20 years; but increased life expectancy means New Centenarians will have to save enough for a retirement of 30 years or more.

Offering more flexibility that combines the accessibility of an ISA with the tax benefits of a pension could help future generations face up to the twin challenge of saving for short-term financial hurdles like a deposit for a mortgage or a wedding while at the same time setting aside enough for retirement.”