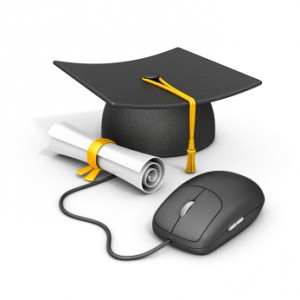 In the modern world, if people want to visit a shop, or a bank, or do any number of other things which used to involve going somewhere in person, they now nearly always have the option of doing them via the internet instead.

In this context, it seems ironic that education – which is after all about expanding horizons and challenging the accepted wisdom – should have remained so rooted in the old-fashioned way of doing things. In Britain, whenever someone says they are “going to university”, they nearly always mean exactly that: they are physically going somewhere, often shifting their life to another part of the country in order to pursue a course at a particular institution.

Now that that the Coalition government’s higher education reforms have ushered in a period of change within the sector, it seems strange that this model of doing business has remained largely unchallenged. Could the internet offer an alternative?

Similar questions are already being asked in America, where many universities charge much higher fees than their English counterparts. A range of different online education providers have been launched during the last few years with the backing of some of the biggest names in American higher education – including Stanford, Princeton and Michigan – all giving students around the world access to lectures and other course materials for free online.

A recent article by Carole Cadwalladr in The Observer highlighted the growth of this trend, asking whether online courses could be the way forward here. She points out that when Sebastian Thrun, a professor Artificial Intelligence at Stanford, decided to make his course on programming artificial intelligence available online, it had received 160,000 sign-ups by the time the course started.

These students, who came from all over the world (including some from the UK) followed videos of lectures online and took the same coursework assignments as the 200 students who were actually taking his course in person at Stanford, then at the end of the course they took the same exam. To Thrun’s surprise, 23,000 of his online students managed to graduate, and all of the top 400 who got the highest marks had taken the course online.

Anant Argawal, a professor at MIT who set up a similar service, edX, was bullish about their potential to transform peoples’ lives for the better.

Could this model work in the UK?

Carole Cadwalladr’s article is well worth a read, if only because the people she spoke to about online education – and a number of the students she encountered who were already taking part – seem so enthusiastic about what they’re doing.

And why not? The idea of going to university at a virtual campus may seem alien to us now, but then, fifteen years ago, the idea of visiting a bank or a supermarket online did too.

The biggest obstacle to these schemes at the moment is that none of the online universities that have been set up so far actually offer people full degrees which would be recognised by an employer; successful graduates usually only get a certificate instead, which means the potential to improve peoples’ lives through equipping them with higher skills is rather limited.

Looking at the problem cynically, there’s a good reason why universities wouldn’t want to give out their degrees for free online: to avoid irritating the thousands of students paying top whack to attend the university in person.

Of course, universities also provide a range of other benefits besides improving the mind, especially at undergraduate level. Many people find the social experience is what they remember most about their time in higher education, while it also acts as an important stage in developing personal independence; for many, it is the first time they’ve had to use an ironing board or put the bins out for themselves. Some people simply wouldn’t want the impersonality of studying online, with very few opportunities for personal contact with either their teachers or fellow students.

However, for the many people in the world who are denied the opportunity to study at university purely by cost, it would be a major breakthrough if they could study for an entire degree through cyberspace.

Online degree courses would probably have to charge something in order to feasible, but the lower costs associated with this method of teaching should mean that they could have much lower fees compared to the fees charged for attending the university in person. The difference would partly reflect the vastly different nature of the experience, so people who have a choice would know what they were paying for in advance.

Whether universities go down this route or not, however, will be a test of how committed they are to spreading education, as opposed to simply maintaining the status quo on the back of ever increasing fees.