Liz Emerson lays out the causes of the current housing squeeze, why this matters profoundly to society at large, and what should be done about it. 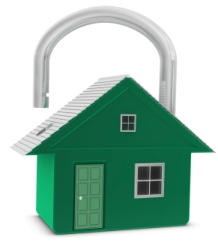 This article explains why the phenomenon of housing wealth creeping up the age divide is of major concern to UK society as a whole, and cuts across all politics.

In October 2011, IF rose to national prominence with research that revealed that the UK has 25 million unoccupied bedrooms in the UK. That’s in addition to the national bedroom standard of one spare room allocated for each person in a household. A media furore unfolded, as the subject was hotly debated around kitchen tables the length and breadth of the UK. It seemed everyone had an opinion – from Any Questions to Private Eye.

IF had put its finger on one of many new fault lines opening up between the generations. No longer could traditional left/right politics deal with the phenomenon. Some academics refused to accept this fault line’s existence. Instead, they called it a “trope” used to disguise the real phenomenon of class politics between rich and poor. Not so: it is now an old rich and young poor phenomenon that is starting to have serious socio-economic effects across the generations and is starting to put intergenerational fairness at risk.

So why should housing be the frontline between the generations? For the simple reason that housing is the place where the pressures between the generations can be felt the most. IF figures reveal that 37% of the total English housing stock is under-occupied. Everyone wants one, no one wants to share one, not enough are being built to go round and everyone will hopefully be living longer in one.

In order to understand how the intergenerational schism has developed it’s important to follow housing over the last 70 years.

Your Home is Your Castle

The British love of housing really took off with Anthony Eden’s “property owning democracy” in the 1940s. Not for us the European model of renting. We’ll buy a flat or a house if we’re lucky. As the island’s population increased, so too did our housing aspirations.

Increase in Divorce and Single Occupancy

Increase in divorce and the growth of single-parent families post-WWII put additional pressure on housing. Separated couples needed bedrooms for their offspring. So instead of one house being occupied we now have two per previously married couple. But our hopes over the amount of space we required were growing too.

The sense of self-entitlement of the baby-boomer (post-war population bulge) generation provided additional pressure on housing. Young people were leaving home earlier in life, striking out on their own and demanding independence.

At the same time, older generations who were traditionally meant to sit meekly in their children’s homes, to be looked after well into old age before they shuffled off to the local nursing home, were now seeking independence. They chose to remain in their own homes and public policy has supported their expectations ever since.

Fast-forward to Thatcher’s Right-To-Buy scheme with the city bubble of the 1980s and unprecedented housing wealth grew in the UK. Suddenly the value of your house was the key discussion point at dinner parties around the country. New estate agents, new payment vehicles and interest-only mortgages started to appear on the market making a home of your own an aspiration that all classes could buy into. As demand grew, so too did prices. But what was not growing was the amount of new housing being built.

Over in the US downsizing is culturally deeply ingrained. Upping sticks and moving to the condo in warmer Floridian climes is not a stigma, and is expected. Back home, UK older generations are half as likely to downsize.

Why should this be a problem? As British families grew up and left home Mum and Dad chose to stay in the larger family house, hopeful for regular visits from children and grandchildren. And why would anyone move from their primary asset if they can see it appreciating before their eyes?

Then along came the demise of Equitable Life. When it collapsed so too did the pensions of many hard-working middle-class professional members of society who saw their retirement futures destroyed overnight. With no faith in pensions as a retirement savings vehicle, the professional classes looked around and saw housing values rapidly increasing from the 1980s onwards. The logical conclusion was to put their savings into housing.

Housing as an Investment Choice

According to the National Housing and Planning Advice Unit housing equity was roughly equal to UK GDP in 1980, but by 2007 housing wealth was equivalent to 185% of GDP. Martin Weale, Bank of England Monetary Policy Committee member, and Director of the National Institute for Social and Economic Research, went further and said that if house prices had increased at the same level as the stock market over the last two decades they would be worth only half of what they are now. A housing bubble had been created through investing, improving and up-sizing to housing nirvana.

As pension-pessimist asset-rich home owners saw their properties double in price over 10 years, they realised that others were taking advantage of the rising market and got swept along by the buy-to-let market as an easy means towards building up their retirement income. Buy-to-letters owned so much equity in their homes they were seen as a“safe bet” by mortgage companies. It meant they could leapfrog first time buyers. Who can blame them? It’s worth noting that buy-to-letters also receive tax relief, further fuelling interest in the market.

Alongside this housing boom was the decreasing number of new homes being built. The systematic lack of building in the UK over the last 50 years has been the subject of much debate. The Policy Exchange’s latest report Why Aren’t We Building Enough Attractive Houses provides a comprehensive overview of where we are now. What is clear from the report is that just 6-10% of England has been developed and only 2.3% has been “concreted over”. There is therefore no overall shortage of land. Our present housing crisis is due to developers’ land banks, the reliance on rising land prices and planning blockages fuelled by government policy too often left in the hands of ageing local councillors, some of whom may have a vested interest in protecting their own housing assets to the detriment of younger first time buyers.

Whilst the charge towards property as an investment vehicle went into full throttle, another powerful phenomenon was beginning to shift society. This came in the form of increasing longevity. The post-war babies were breaking all records over the lengths of their lives. Our parents, grandparents and great-grandparents are making it more often into their 90s. Whilst this is welcome news to all of us lucky enough to have our relatives around, the impact on the housing market has been the strangulation of intergenerational wealth passing down the generations, and that wealth not passing down at the right time of life.

The Rise of Generation Rent

Speak to anyone in their 20s or 30s and most will say they are caught in the rental market, especially in the South East of the UK. Current estimates place average monthly rent demands at just shy of £1,000, meaning that – after all other bills – there is little left to save for a deposit for buying a home. An Affinity Sutton report goes further and suggests that the private rental market is now unaffordable for many low-income families, putting ever-greater strain on social housing.

According to Yorkshire Building Society it will take someone saving £250 a month eight years to save the 20% deposit required to get on the housing ladder. What is laughable is the idea young people will have that kind of disposable income to spare. For university graduates – who might traditionally have counted on becoming home-owners – the trebling of most tuition fees will leave them with an estimated post-degree debt of at least £40,000. Now nearly 40 years of age before they can expect to get on the housing ladder, professional couples are putting off having children until they feel they have the property security required (near the schools and services they need for long-term family welfare). A Joseph Rowntree Foundation 2012 study predicts more than 1 million under 30s will be locked out of home ownership by 2020.

The Treasury’s launch of a £80 billion Funding for Lending Scheme after 2007’s global financial crisis has done little to help the housing market except to send a clear signal that falling house prices are not an option. A housing market fall would put “untouchable” grey voters’ retirement savings – locked into housing – at risk, and any government would have to be brave indeed to take on their core voters in order to help young people who vote less.

As well as build, build, build and unblock planning, there are other options to help re-balance housing more fairly across the generations. Encouraging more downsizing is one solution that would mean offspring could claim back the space they need to thrive in larger family homes. IF recommended a number of nudge policies including stamp duty holidays for those downsizing and greater government help for those (and there are many) who wish to downsize but find the very idea too overwhelming to consider.

Increased intergenerational living is another option and government could encourage greater take-up by increasing the Rent-a-Room tax allowance from £4,250, unreformed since the 1980s. Intergenerational living is a win-win argument for society as a whole. Schemes already exist where young people exchange time and chores for a reduced rent whilst also reducing the isolation felt by sole older occupiers.

Finally, tax breaks in return for more stable, long-term tenancies should be considered, so good landlords are rewarded.

IF’s position is simple. UK young people are facing a juggernaut of liabilities hurtling down the generations – from pensions and education to taxation, the environment and housing. All political parties are guilty of placing short-term gain before sustainability. Intergenerational fairness crosses all party lines. Unbalanced housing wealth is helping to break the “British Promise” that each generation should be better off than the one before. We may be seeing the first generation to have lower living standards to those of their parents.