An article in The Spectator by Matthew Parris makes a compelling case for lowering the voting age. Recommended reading, says Antony Mason 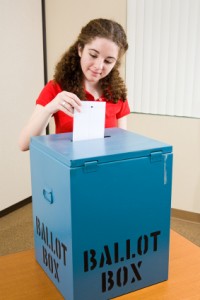 Matthew Parris, in his regular column for The Spectator this week (3 November), describes his Damascene conversion to the idea that 16–18 year olds should be given the vote.

The title “Why a visit to a school persuaded me that young people aged 16 to 18 should have the vote” is a fair summary of the content. Basically, he went to speak at the Blue School in Wells and, exploring this issue on the basis of the concession to lower the voting age that Alex Salmond has won for the Scottish Referendum in 2014, expected to have his prejudices against the idea confirmed.

Instead he was won over by the cogency with which the students debated the issue, completely reversing his views and concluding that “these young men and women ought to have the vote, whether or not they wanted it”.

For all who support lowering the voting age to 16, it makes comforting reading, and might also be persuasive to anyone who – like Matthew Parris himself before this event – harbours a “visceral bias” against it.

But don’t take my word for it. Let the article itself do its work.