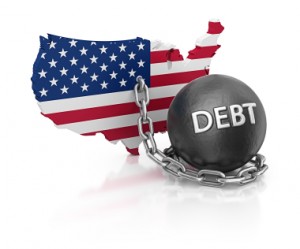 Much of the argument during the 2012 American presidential campaign has focused on questions of social justice, as anxiety seems to be building over the widening gap between rich and poor.

Part of the same problem?

A recent special report on inequality around the world in The Economist devoted an article to indicating the flaws in America’s welfare state, which made interesting reading to those who are concerned about intergenerational justice.

The authors reached the following conclusion:

“[The American welfare state] is skewed rather than skimpy. America’s government raises revenues inefficiently and redistributes them oddly: too much from young to old, too much in the form of health care, and ever less from rich to poor.”

According to the article, the most regressive feature of America’s tax system is “tax preferences”: substantial exemptions from taxation which fall disproportionately upon, in particular, interest for very large mortgages, the most expensive health insurance packages, and retirement savings, meaning they mostly benefit wealthier people.

In total, these tax preferences create a subsidy worth around $1.3 trillion (8% of GDP), over 60% of which goes to the wealthiest fifth of Americans, compared to less than 3% for people in the bottom income quintile. As older people are more likely to own these things, the financial transfer also works its way up the age profile of the population, making it regressive in intergenerational terms as well.

The American welfare state is also unusual compared to other rich countries because a much larger proportion of its spending goes on healthcare rather than cash transfers such as unemployment benefits. According to the Center on Budget and Policy Priorities, over half of all America’s spending on entitlements goes to the elderly, largely because they consume most of the 40% which goes on healthcare.

The fact that wealthier people tend to enjoy longer life expectancies means that this is also a social justice issue: the same piece of research shows that only around 30% of the money America spends on its welfare state aids the poorest fifth of the population, partly because so much of this spending is aimed towards retired people.

Although America doesn’t have a centralised healthcare system like the NHS, older people are provided with most of their healthcare benefits through a system called Medicare, which is effectively a subsidised health insurance scheme, paid for through a hypothecated tax on all wages, currently 2.9%.

How this works in practice is hugely complicated – but the problem which has people worried is how the costs of paying for Medicare could spiral as the population ages. Then there’s the phased introduction of the Patient Protection and Affordable Care Act (dubbed “Obamacare”), which, if upheld, could make things even more complicated over the next decade.

A series of gloomy predictions has appeared in the American media over the last few years estimating when the amount being paid out by Medicare will exceed its funding under the current arrangements. The most recent prediction from the programme’s own trustees estimated this point will be reached in 2024 – although parts of the scheme already exceed their income from this tax and are being subsidised by other funding sources.

The trustees suggest that, as things stand at the moment, the American government is likely going to have to ask general taxpayers to start making significantly more generous contributions toward both healthcare and pensions in the near future.

Education and the environment

Two more areas where America does poorly in intergenerational terms are in education and the environment.

When it comes to education, we may think the government’s recent increases in tuition fees were pretty steep, but Britain’s state-funded universities are still far cheaper to study at than most of America’s top private institutions (for UK students, at least).

American universities have witnessed rampant price inflation over the last 40 years. In 2009, a year’s tuition fees at an American private university had surged to 45% of the median family income, compared to just 20% in the 1970s. Even state-funded institutions had seen their own fees rise, although not by as much, from 4% to 10%.

During the same period, technological changes meant that America became much more of a knowledge-based economy, in which people with higher skills achieved greater rewards. Another article from the same special report mentioned earlier claimed that this transition has been one of the key drivers of inequality in America, as many people who grow up in poorer backgrounds have been disenfranchised from attending university.

On the environment, America is generally perceived as one of the world’s worst polluters, with high carbon emissions, and a hostile attitude towards doing anything about global warming (as shown by their failure to ratify the Kyoto Protocol).

To some extent, this may be unfair – a number of states, including California, are ambitious about clean energy, while several sources reported that US carbon dioxide emissions had fallen to a 20-year low in August – but fundamentally, America remains an extremely resource-intensive society. A fact sheet released by the University of Michigan in 2011 contained a number of sobering statistics on America’s environmental impacts, all of which raise the prospect that future generations may not have a substantial enough resource base to enjoy a similar way of life.

All in all, then, America seems to be storing up significant problems for younger and future generations over funding the welfare state, education and the environment – and of course, that’s before you even mention an astronomic national debt of $16 trillion….