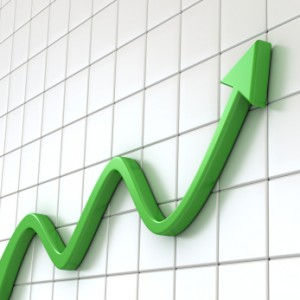 The cost of providing the State pension will almost double over the next twenty years, according to a recent forecast from the Department for Work and Pensions.

At present, the cost to taxpayers of supporting the Basic State Pension is £63 billion per year. However, this is expected to have risen to £121 billion by the 2032/33 financial year, meaning it will nearly have doubled in just two decades.

Some people believe that the State Pension is paid out of some kind of fund that has accumulated from National Insurance contributions. No such fund exists: all that money has been spent. State pensions are paid from current tax income paid year on year by taxpayers.

The main driver of increased costs for this universal benefit, which is currently worth £107.45 per week, will be the ageing of Britain’s population. An extra 2.5 million people are expected to be receiving the Basic State Pension in two decades’ time, as the number of people over retirement age will grow from 13 million today to 15.6 million.

All these people are already alive – they are today’s 40- and 50-year olds – so this forecast is very likely to come to pass.

“Death by a thousand cuts”

Speaking to the Daily Mail, Laith Khalaf, a pension analyst at the financial services firm Hargreaves Lansdown, warned that today’s young people should brace themselves for the impact of these financial challenges:

“How on earth are we going to afford all this? The answer is we are not. The Government is almost certainly going to have to raise retirement ages and water down State pension benefits.”

He added that younger workers will face “death by a thousand cuts to their State pension entitlement” as the government seeks to balance its books.

In response to a looming crisis over the costs of the State pension, the government has already begun a process of increasing the age at which people become eligible to start claiming it.

This is currently 65 for a man, and 61 and two months for a woman. Historically, women have qualified for the State pension at a younger age than men, although this disparity is gradually being phased out. Current plans will see the State Pension Age for both genders rise in tandem to 66 by 2020 and 67 by 2028, with further increases expected after that.

However, these raises could be brought forward, as further increases in life expectancy for both genders are continuing to exacerbate the problem.

NEST eggs to the rescue?

The government could also examine more radical solutions to the problem of funding the State Pension, such as making it means-tested. This would not actually be as radical as it sounds; several other countries, including Australia, have already gone down this route, while it is a little-remembered fact that the British State Pension was actually means-tested in its original form.

The first State Pension, introduced by David Lloyd George’s Liberal government in 1908, was only available to those earning less than 12 shillings a week, in order to encourage people to make their own savings for old age.

NEST offers another possibility which could help address this problem in future. Thanks to the new National Employment Savings Trust (NEST) scheme which has just begun its first phase, within a few years the vast majority of private-sector workers will start building up an occupational pension pot of their own.

Once the scheme has been rolled out in full, many of today’s workers who make regular contributions will find they can afford an annuity at retirement which pays at least as much as the Basic State Pension – giving the government the perfect opportunity to introduce means-testing, and, in effect, privatise the State pension for the majority of citizens.

Of course, this is just one possibility. Whether they choose to do this or not, it will be interesting to see how those in power address the challenge of paying the Basic State Pension over the coming decades.