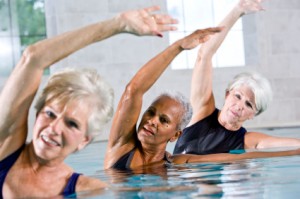 Everyone knows that people tend to experience worse health as they get older. Unfortunately, old age is often associated with increasing levels of disability and suffering, as the ageing process takes its toll on both mind and body.

However, older people tend to enjoy better health in some places than in others. In order to evaluate the impacts of old age on peoples’ health, demographers now often talk about the concept of “healthy life expectancy”; this is the number of years of life that the average person can expect to enjoy without suffering from disabilities relating to old age, in contrast to standard measures of life expectancy which look only at how long someone can expect to live in total. This varies from country to country, in the same way that standard life expectancy does.

Japan is well known for having some of the world’s highest rates of life expectancy: a boy born there can expect to reach 80, and a girl 86. Yet according to HelpAge International, the average Japanese person can also expect to enjoy 75 of those years free from disability, giving them the highest rate of healthy life expectancy in the world.

Healthy life expectancy is a very important concept – the longer we can keep our older people healthy, the smaller the financial burden they will impose on health services. Understandably, many countries (including the UK) are now looking at how we can try to keep the retired population in good health for longer, as interventions which increase healthy life expectancy are likely to pay off in the long run.

With this in mind, is there anything we can learn from the Japanese?

According to a recent article which appeared on Bloomberg news, old age in Japan is distinguished by two significant features: social activity and exercise (which often take place simultaneously).

An increasing volume of medical research now exists which links a person’s level of sociability with their physical health. A 2009 UN Development Report found that people who have lower levels of social activity suffer more from both psychological distress, particularly feeling isolated, and higher levels of ill-health. Scientists are still investigating why this might be the case, but so far it seems that having less social contact is associated with higher levels of stress hormones in the blood, which impair the immune system and cause higher blood pressure, among other negative symptoms. Over a sustained period of time, these effects can have a significant impact on someone’s physical well-being.

A longitudinal study that looks at the well-being of Japan’s senior citizens, run by Katsunori Kondo of Nihon Fukushi University, also concurred with these conclusions. It has found that people who are more sociable and trusting towards others have lower levels of dementia and disability, and vice versa.

Eager to try and keep its older citizens as healthy as possible, the Japanese government runs several schemes which are designed to facilitate socialising and physical activity. For example, in some local government districts, senior citizens are rewarded with stickers for participating in a range of socially beneficial schemes, such as campaigns to tidy up litter, which can then be exchanged for grocery coupons.

The Japanese Health Ministry organizes the annual “Nenrinpic” carnival, in which teams of senior citizens from all over the country compete against each other in a range of sports such as tennis and pétanque or boules.

Seniors are also encouraged to join health clubs to help them take regular exercise. Chains of women-only fitness clubs exist which seem to be particularly popular with the over-60s (as in most countries, the elderly are disproportionately female); one such chain of clubs, Koshidaka’s Curves, claims that people in their 50s and 60s comprise more than 60% of its 500,000 members. Being retired, they tend to visit regularly, and form groups who exercise together.

Would it work in the UK?

Rates of healthy life expectancy appear to be lower in the UK than in Japan, although the statistics are measured differently in different countries. In the UK, the term “healthy life expectancy” refers to the number of years that a person can expect to spend in “very good” or “good” general health, which is 61 years for a man and 63 years for a woman, according to an article in The Guardian.

The difference between the UK and Japan is unlikely to be that big on its own, so differences in how the figures are measured probably do play a role – yet pensioners in Britain also definitely suffer from high levels of loneliness, according to research by Age UK, which claimed that 5 million retired people in this country regard the television as their main source of company.

It would probably be beneficial to people of all ages if this situation was addressed. Yet, there may be reasons why isolation is particularly bad in the UK; we live in an individualist, highly atomised society where living with older family members has long been unfashionable, and many people aren’t eager to engage with their neighbours and the broader community.

By contrast, Japanese society has a strong collective streak in which people naturally look to conform and be seen as an “insider”, as part of the group. An obvious symbol of this plays out every day in the open spaces of Japanese cities, where large groups of people perform callisthenic exercises together, listening to instructions broadcast over the radio.

It seems unlikely that such a collective impulse could take root in Britain, however good it would be for our health. Yet if lower levels of isolation could be the key to keeping Britain’s older citizens healthy, then the government should look into addressing this issue without delay.