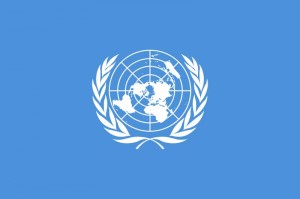 Global population ageing will present governments around the world with significant policy challenges throughout the first half of this century, according to a major new report from the UN called “Ageing in the Twenty-First Century: a celebration and a challenge”.

In particular, the report placed an emphasis on the need to ensure sustainable pension and healthcare systems around the world, including in countries where these have not previously been available:

“The global economic crisis has exacerbated the financial pressure to ensure both economic security and access to health care in old age. Investments in pension systems are seen as one of the most important ways to ensure economic independence and reduce poverty in old age.”

“[On healthcare]a life-course perspective should include health promotion and disease prevention activities that focus on maintaining independence, preventing and delaying disease and disability, and providing treatment. Policies are needed to promote healthy lifestyles, assistive technology, medical research and rehabilitative care.”

“Ageing in the Twenty-First Century: a celebration and a challenge” illustrates its arguments with a series of alarming statistics, which demonstrate the urgency of the problem. These included:

Despite the seriousness of the situation it describes, “Ageing in the Twenty-First Century: a celebration and a challenge” actually strikes a surprisingly positive note about the prospects of population ageing, placing particular emphasis on two key points.

Firstly, we need to remember that population ageing is an unforeseen consequence of a series of positive developments. It is the result of increased life expectancy and reduced fertility, both of which have been explicit objectives of UN development projects, and are generally seen as a good thing. In other words, population ageing may present us with challenges, but these problems are the results of previous successes in combating poverty.

Secondly, they also argue that large numbers of older people could present an opportunity for society, rather than simply a hazard:

“A key finding of this report is the incredible productivity and contributions of those aged 60 and over, as caregivers, voters, volunteers, entrepreneurs and more. The report shows that, with the right measures in place to secure health care, regular income, social networks and legal protection, there is a longevity dividend to be reaped worldwide by current and future generations.”

Positivity definitely has its advantages; after all, it’s usually much easier to come up with solutions to problems if you approach them with a more favourable outlook.

Yet this report ultimately fails to say very much about the demands that ageing populations place on younger members of society, both as people and as citizens. If we are going to address these issues fairly and sustainably then we need to remember their needs, and deliver solutions which benefit people of all age groups, rather than just taking resources from one generation in order to give them to another.