David Kingman and Duncan Steadman explore the history of the state pension, and why increases in life expectancy mean that changes are necessary 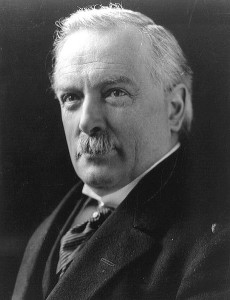 Between 1906 and 1914, Prime Minister David Lloyd George and his colleagues in the Liberal Party passed a series of measures known as the “Liberal welfare reforms”, which put in place many parts of the welfare state that we are still familiar with today, including free school meals, labour exchanges (the precursor of modern job centres), national insurance, unemployment benefits, and a system of employee health insurance that laid much of the groundwork for the NHS.

However, arguably their most significant achievement was the establishment of the state pension scheme, which followed the passage of the Old Age and Pensions Act in 1908. This marked the first time that the government had guaranteed to provide a form of age-related income support for its citizens, although in practice this was very different from the state pension we still have today.

The state pension is now regarded as a “universal benefit”, meaning everyone is eligible to receive it (as long as they’ve made a sufficient number of National Insurance contributions during their working life). By contrast, the 1908 Old Age and Pensions Act was deliberately very limited in scope.

Pensions for the poor

Initially, in order to receive a state pension you had to be over the age of 70 and be earning less than thirty-one pounds and ten shillings a year. This was a very low threshold; it amounted to a weekly income of roughly 12 shillings, at a time when even a labourer could earn 30 shillings per week.

You also had to satisfy a dizzying list of other criteria in order to qualify: recipients had to pass a character test which included, having a history of employment, having been a British citizen for at least 20 years, being “of sound mind”, not be receiving poor relief, and  not having been in prison during the preceding decade or been convicted of drunkenness.

Even if you did qualify, the state pension was paid on a sliding scale which began at just five shillings a week for individuals, and seven shillings sixpence for married couples. This was set deliberately low intentionally, in order to encourage people to save for their own old age.

One of the most important aspects of the scheme was that the state pension age was set at 70, despite average life expectancy being just 51. Clearly, Lloyd George’s government only intended the state pension to provide an extremely limited scheme of assistance to the very poorest and longest-lived among the elderly. In this, they undoubtedly succeeded; an article printed in The Times on Thursday, January 13 1909 claimed that only 596,038 pensions had so far been granted, mostly to poor women.

When we compare the Victorian system with the one we have today, it’s worth enquiring how and why everything changed – and whether there are any lessons that could help us deal with our present pensions crisis.

Can we learn anything from the Victorians about pensions?

Since Lloyd George’s day there has clearly been a huge shift in the way we think about the state pension and what it is supposed to achieve.

The biggest change to how it works since 1908 has been that the age at which people qualify for the state pension has fallen, despite life expectancy continuing to rise. Nowadays, men can claim a state pension at 65 and women at 60 (although the government plans to steadily increase these ages), despite the fact that average life expectancy was 81 in 2010.

As a result, today’s state pension scheme is run on a totally different scale to when it first started. Over 10 million people now receive the state pension in the UK, and the government estimates there will be 19 million Britons over the age of 65 by 2050.

The ONS has predicted that 1 in 5 of today’s children will live to be 100, meaning that even allowing for an aggressive programme of increases in the retirement age, a vast cohort of people could still end up spending more than a quarter of their life in retirement.

The state pension is also now significantly more valuable than it was in Lloyd George’s day, so the enormous number of pensioners imposes huge costs upon the state. Part of the original design of the 1908 state pension scheme – which has been maintained – was that it should be “non-contributory” for individuals, so these costs always have to be met by the taxes of younger workers.

From the way that the state pension has evolved, it’s clear that it is now supposed to fulfil a much broader function than was the intention of the 1908 Act. Nowadays, almost everyone regards it as something akin to a human right to be given a state pension for the final 15–20 years of their life, and it is intended to provide them with a fairly significant income (compared to its generosity in 1908, at least).

The ageing population, and the rising number of people living in retirement, is likely to create significant challenges for the state pension scheme in its present form. Painful, unpopular reforms are likely to be needed at some point in the future, which potentially go beyond the relatively mild tinkering with retirement ages which has already been proposed.

Some other countries, mindful of the looming pensions “pinch”, have already taken bold steps towards reform – in Australia, for example, the basic state pension is already means-tested, and other countries are likely to explore this route as they find their financial struggles grow increasingly acute under the present model.

The state pension is a hugely important plank of the welfare state which enables many pensioners to live with dignity in retirement. It should not be chopped and changed arbitrarily.

Yet if changes become inevitable, it would be useful for people to have a better knowledge of what role the state pension is intended to perform, and where it comes from historically – including the fact that for a long period, it was means-tested.

As a nation, we don’t want to go back to a system which, by design, automatically condemns people to penury in their old age. Yet if people were more aware that the state pension has not always been as generous and reliable as it is at the moment, balanced and sensible reforms would surely be easier to achieve.

As a nation, perhaps this is what we need to learn from the Victorians.

Photograph of David Lloyd George reproduced under the terms of Wikimedia Commons.