David Kingman explores the results of the 2012 British Social Attitudes Survey, which suggest the general public are growing less supportive of the welfare state in an age of austerity – and what this could mean for both younger and older generations 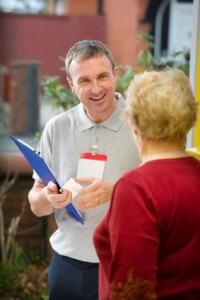 What does the proverbial “man in the street” (or woman) feel about the key issues of today? Despite being hugely important, this is something which it is notoriously difficult to gauge.

One of the best tools we have for assessing the state of the nation is the British Social Attitudes survey, which has been conducted annually since 1983 by the National Centre for Social Research.

Every year they devise a questionnaire to ask people what they feel about a wide range of nationally important topics. This year, they included: welfare, immigration, constitutional reform, transport, health, work and wellbeing, Scottish independence and the Armed Forces.

These questions were put to a panel of 3,311 respondents, whose membership was chosen to be representative of the broader UK population. The answers they provided – which were collected in the 2012 British Social Attitudes survey report, available here:  http://www.bsa-29.natcen.ac.uk/downloads.aspx – give us an important indication of the national mood on these key issues.

Several of these themes have an intergenerational dimension, so we can use the results to give us a good indication of how people feel about fairness between the generations, both young and old.

Hardening attitudes towards the welfare state

The finding from the 2012 British Social Attitudes survey which gained the most publicity was the hardening of attitudes towards the welfare state.

Just 28% of respondents agreed with the statement “Government should spend more on welfare benefits even if it leads to higher taxes”, a historically low level, and down from the 58% recorded during the survey which took place in 1991, when Britain last experienced a prolonged economic downturn.

However, this does not mean that the people asked wanted to radically reduce the size of the state. At the same time that support for welfare benefits has fallen, the public’s enthusiasm for greater investment in healthcare and education remains strong: 68% of people said that the NHS should be either the number one or number two priority for additional public spending, while 61% said the same about education.

When offered reduced taxes in return for only making free healthcare available on the NHS to people with low earnings (with a system of private insurance for everyone else), roughly 70% were opposed, which is approximately where the level of support for this idea has remained in each of the last 20 years that the survey has been conducted.

So what is going on? From a psychological point of view, it seems plausible that the recession may be sharpening peoples’ sense of self-interest: most people are either parents, or expect to have children one day, so they know they will benefit from investment in education, while everyone knows there is a risk they could become ill, and recognise that the publicly-funded NHS is the cheapest way of insuring themselves against that risk. By the same token, they may not anticipate that they would ever need to call upon unemployment benefits, so they are less concerned if these get cut.

From an intergenerational viewpoint, one of the interesting findings of this research was that public support for increasing the benefits of retired people has fallen dramatically since the beginning of the recession in 2008.

Another of the questions respondents were asked was “Would you like to see more government spending on benefits for…” and then a list of different categories of benefit recipient was provided, including the unemployed, disabled people, low-income parents, single parents, carers, and the retired.

In every survey going back to 1998, retired people have consistently done better than most of the other categories, usually polling around 75% support for increased benefits (only carers have persistently done better). The results seem to reflect surprisingly moralistic notions of “the deserving poor” among the British public, as the unemployed and single parents have usually come in well behind all the other categories.

However, this time only 57% of respondents felt that retired people deserved to have their benefits increased, a decline of 16% since 2008. This needs to be seen in the context of reduced support for all the other categories as well (with the exception of people who work as carers, support for whom remained significantly ahead of everyone else).

This finding was mirrored in the response to one of the other questions, which asked people whether they agreed that the government should be mainly responsible for paying for certain types of personal costs, such as “ensuring people have enough money to live on if they become unemployed.”

One of the dilemmas this question presented to them was “should the government be mainly responsible for ensuring people have enough money to live on in retirement?” which, surprisingly, only 52% of respondents agreed with in 2010 (this question was not asked in the same format in 2012). This was much lower than the levels of agreement when the question asked whether the government should ensure people have enough money to live on if they become sick or disabled, or whether the government should provide most of the funding for healthcare when someone is ill, both of which received over 80% support.

The hardening of peoples’ hearts towards the welfare state, reduced public sympathy and increased financial individualism are not necessarily good things for people of any generation. Yet the report’s authors did draw attention to the fact that these results suggest the government may be ignoring the wishes of the electorate in its pledge to shield the elderly from the impacts of austerity at the expense of other age groups:

“The fact that the public shows the least approval for the government having the main responsibility for providing welfare for those in retirement stands in direct contrast to the hierarchy set out by David Cameron in his speech of 25 June 2012, when he sought to reassure the public that current welfare provision for the retired would be protected, before outlining how support for the sick, disabled and unemployed would be reduced. This priority given by the Coalition to maintaining the government’s role as a provider of support for the retired is clearly at odds with the views of the public.” (p. 4)

What about the young?

Only a few of the survey’s main findings directly touched on young people, perhaps the most interesting of which was the research into levels of happiness.

The report asked people to say how happy they were with their lives on a scale from 0 to 10 (10 being the happiest). Interestingly, respondents who were in education, and retired people, were the two groups with the highest average scores (7.8 and 7.9 respectively).

Scholars looking at happiness have previously observed that it tends to follow a U-shape during the life-cycle, peaking at both ends and undergoing a dip during middle-age. This survey supports this view, and shows that, despite the damage done to their prospects by coming of age in a recession, youthful optimism about the future remains a potent force.