Famine could be the ultimate poisoned legacy to future generations. Antony Mason examines the predictions for population and food supply. 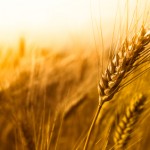 But this acceleration is now slowing. According to UN predictions, by 2100 the world population will be about 10 billion, and then will remain steady. This is because the average number of children per family across the entire world is now only 2.4. The population will continue to grow while generations that experienced the steepest curve die off, but then it will level out, as 2.4 children per woman/couple is effectively a replacement cycle – in terms of growth, neutral.

This scenario is very persuasively demonstrated by Hans Rosling (Professor of Global Health at the Karolinska Institute, Sweden) in his entertaining online TED Talk “Religions and Babies”.

Can we hope to feed 10 billion people if we can barely manage today’s 7 billion?

Many people looking at this question see the scarcity of viable farmland; the “glass-ceiling” that marks the practical limit to improved crop production on available land; the steady erosion of irreplaceable fossil water-sources; environmental degradation; and the rapid depletion of fish stocks in the oceans – and they fear the worst.

Others will argue that the human ingenuity has a knack of finding solutions to meet problems as they occur.

The situation is highly complex, with multiple forces at work – making the future very hard to predict. Broadly speaking, population growth tends to slow down (i.e. people have smaller families) where infant mortality is less of a risk, where women have greater access to family planning, and where education gives women more control over their lives and greater involvement in the workplace.

Notwithstanding, be it by cause or outcome, prosperity does have a link to population size. And as more and more people of our 7–10 billions lift themselves out of poverty and begin to prosper – as surely is the wish of a civilised world – so they begin to demand better diets. That, essentially, means more meat – and meat makes heavier demands on farming (8 kg of cereals are needed to produce 1 kg of beef; 3 kg for 1kg of pork).

At present, some 2 billion of our 7 billion are living in a state of “food insecurity” (in a bad year they risk starvation). We produce enough food for everyone, but waste a great deal of it – as much as one-third of the total. Feeding the world is primarily a question of equitable distribution.

But feeding 10 billion meateaters in 2100 presents a different scale of challenge. By some estimates, we need to boost food production by between 60% and 100% to match the population increase to 2050.

At the end of the 18th century, the Reverend Thomas Malthus forecast that humankind’s urge to procreate would outstrip its ability to feed itself, and the result would be inevitable famine. “The power of population is so superior to the power of the earth to produce subsistence from man, that premature death must in some shape or other visit the human race” (An Essay on the Principle of Population, 1798). His predictions have proved wrong – so far.

They may well always prove wrong. In the immediate present, however, the problem is the very uneven distribution of population growth. Whereas many countries recently have witnessed a declining rate of growth in population (notably China, with its enforced “one child” population policy since 1979), even a declining population in absolute terms (Japan, Russia, Bulgaria, Latvia and some 20 more), others have witnessed spectacular growth in numbers, far outpacing their ability to feed themselves. Egypt’s population has grown from 3 million in 1800 to 84 million now, and is predicted to reach 140 million by 2050; dominated by desert, its limited farmland provides enough food for 55 million, and has scant opportunity for expansion. Niger’s population is growing rapidly: currently 14 million, it is set to rise to 80 million by 2050; Afghanistan: 30 million now, 60 million in 2050.

Such exponential growth disrupts the balance between population and farming resources and increases dependency on imported food – or emergency food relief.

Meanwhile, the world lurches from food crisis to food crisis. We are currently experiencing one now; although not as bad as the one in 2008, the jury seems to be out about its scale. A poor grain harvest in Russia, unusual rains in Brazil and India, the worst drought in the USA for a quarter of a century, plus the diversion of 40 per cent of the USA’s corn (maize) crop to produce vegetable ethanol for fuel – all have had a direct effect on food prices. Added to this is the increase in demand for food from newly prosperous nations, such as China and India. The full impact of this year’s price rises will become apparent next spring.

Rises in food prices tend hit poorer nations hardest. In Egypt, 40% of its food is imported, thus making it very vulnerable to the world market. Furthermore, on an individual basis the average Egyptian spends 40% of their income on food; in Western Europe, this figure is just 10–12%.

Food price rises are noted as being a trigger for civil unrest. The “Arab Spring” in North Africa followed the food price rises of 2008. There are numerous other historical precedents: there were bread shortages in Paris in 1788, just prior to the French Revolution – “Let them eat cake” Marie-Antoinette famously didn’t say. The spate of revolutions across Europe in 1848 was foreshadowed by bad harvests in 1847. So political instability is another issue to add to the complexity and unpredictability of population growth and food supply.

Food price rises of course can be good for farmers. The more valuable the crops, the more feasible it becomes to spend time and money on marginal land – but then the crops will be more expensive…

Cheap, plentiful food to feed a growing population: that was the vision of the postwar years that gave us battery farming and the “Green Revolution”. Will future generations be similarly rescued?

To ensure the well-being of future generations, the adequate supply of food to feed the 10 billion could scarcely be more important. It should in principle be possible: we have enough warning. Failure to do so could finally bring about the Malthusian nightmare.