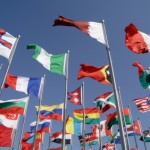 The failure of Rio+20 to establish a High Level Representative for Future Generations at the UN caused widespread disappointment. But persuasive campaigning to further support the rationale behind the proposals may yet be rewarded. Antony Mason and Kirsty Scheeberger report.

In the build-up to the United Nations Conference on Sustainable Development ­– or “Rio+20” – that took place on 20–22 June this year, there was considerable hope that the UN might create a new, independent office to oversee and monitor its work, and the work of member states, from the perspective of the long-term interests of future generations.

A large part of the policy work for Rio+20 developed from the UN-led consultation that invited all interested stakeholders to submit policy proposals around the core themes of the conference. This process saw the “Ombudsperson for future generations” idea proposed in numerous submissions (see the Stakeholder Forum analysis of all the submissions here) and, as a result, the proposal made it into the first iteration of the negotiating text.

In the “Zero Draft” of the outcome document, entitled “The Future We Want”, which formed the basis of the preparatory talks from January through to June 2012 , the following text appeared (para 57): “We agree to further consider the establishment of an Ombudsperson, or High Commissioner for Future Generations, to promote sustainable development.”

Sadly, however, despite making it into subsequent iterations of the text as talks progressed, by the final days of the Conference itself the paragraph had been watered down. The final Outcome Document only got as far as issuing a vague expression of intent (in para 86):

“We decide to launch an intergovernmental and open, transparent and inclusive negotiation process under the General Assembly to define the format and organizational aspects of the high-level forum with the aim of convening the first high-level forum at the beginning of the sixty-eighth session of the Assembly. We will also consider the need for promoting intergenerational solidarity for the achievement of sustainable development, taking into account the needs of future generations, including by inviting the Secretary-General to present a report on this issue.”

For ardent campaigners such as Future Justice of the World Future Council, the Foundation for Democracy and Sustainable Development and the Alliance for Future Generations, this was a great disappointment. But that final sentence provides a chink of light.

If the Secretary-General is invited to prepare a report on “the need for promoting intergenerational solidarity for the achievement of sustainable development, taking into account the needs of future generations”, then this offers the opportunity for campaigners and policy thinkers alike to submit their ideas, provide the background work, and to press again for the creation of an Ombudsperson (or High Level Commissioner) for Future Generations.

With an independent office within the UN, the Ombudsperson could lead the fight against short-term policymaking ­that affects sustainable development and the interests of future generations across a broad range of issues – environment, use of resources, energy, debt, human rights.

For any pressure group working to promote intergenerational justice and the long-term interests of future generations, the creation of a UN Ombudsperson would be a major step in placing these issues on the world stage, providing a model and framework that could similarly filter down into national governments.

So we should be careful to monitor developments in this direction at the UN, and offer any assistance to make the case.