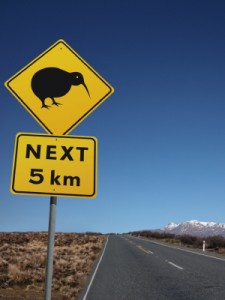 Kiwi youth, including campaigning groups such as Generation Zero, have cried foul to New Zealand’s government’s tabling of a Parliamentary Bill to allow the New Zealand Transport Agency powers to borrow $13billion to fund a “Roads of National Significance” road-building programme.

Their objection is simple: if the government uses the term “intergenerational” to justify borrow-now, pay-later policies, then surely they should ask the generation who will use the transport network the most for their views on what they want their transport system to be?

Investing in infrastructure is crucial and benefits those to come as well as us here already. Nevertheless, a line must be drawn between borrowing from the future and tying the hands of future generations.

Lessons from the UK

New Zealand politicians would also be wise to learn from the UK record on Public Finance Initiatives (PFIs). To date, UK PFI debt stands at approximately £239 billion with more than 860 PFI projects signed since their inception in 1992. All UK political parties are culpable for saddling future generations with increasingly unaffordable debts and service agreements 30 to 40 years into the future.

In September 2011, the Government revealed that it considered 22 Health trusts to be at risk because of PFI expense. Andrew Lansley, Health Secretary, told the BBC, “The truth is that some hospitals have been landed with PFI deals they simply cannot afford.” He was right.

In June 2012, the South London Healthcare NHS Trust had to enter administration with a deficit of £150m. Stephen Dorrell, former Heath Secretary, told BBC Radio 4’s Today, that PFI “as originally conceived 20 years ago was to achieve some risk transfer, to engage the private sector in making this kind of judgment and to carry some of the risk.” But he regretted that “agreements were signed which effectively paid private sector cost when the public sector took the risk. That is indefensible.”

Then you have the fiasco of the Fire Control call centre where, according to the Observer, £342m of taxpayers’ money is committed to paying rent on empty sites that will never be used to house the new system now that this PFI initiative has been pulled.

Furthermore, the Telegraph took the government to task over the three PFI schools that have had to close with a £70m bill while education authorities must continue to pay the contractors millions of pounds each year for them until 2035. According to Andrew Gilligan, Martin Burgess, the head of Shuttleworth Academy in Burnley, said he had to ring a call centre in Worcester to adjust the heating and a number in Atlanta, Georgia, to report a fault with internet access.

And lessons for the UK?

Surely we should also ask what type of infrastructure investment will be of most value to future generations? You could argue that roads, rail and bridges are of greater value to future generations as their period of usefulness is longer, whilst hospitals and schools benefit current users more and therefore they should be paid for, now. Why can’t Government use its own impact assessment procedure in order to ensure future generations are protected from “intergenerational passing-of-the-buck” during periods when it might be too tempting to dip into the pockets of our children and grandchildren?

Sadly, UK young people have enough problems on their plates to take much notice of this parcelling up of debt and lobbing it into the future. With graduate debt, few jobs or prospects, sky-high rents and high food, energy and transport costs, our own young people, understandably, seem disinclined to call our politicians to account.

Let’s hope Kiwi Youth can teach us how to do it.