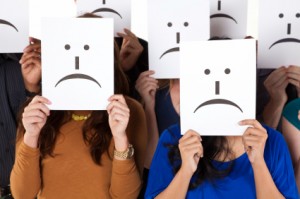 The International Trade Union Convention Global Poll 2012, a study of 13,097 respondents across 13 countries, has shown feelings of “deep uncertainty” across the board with regard to the future. The poll suggests widespread pessimism over national economies, bleak outlooks on employment, and the commonly shared view that international banks and large corporations wield too much economic power. These statistics are certainly disheartening, although many will see them as unsurprising

This evidence is troubling, to say the least. As the poll’s report says, “a fundamental driver for social and economic progress, confidence that our children and grandchildren will be better off, is at least temporarily not in place in most of our surveyed countries.” Something has gone wrong when a population holds an outlook of defeat, and something has gone very wrong when this outlook is found on a global scale. These fears are accentuated by a clear lack of conviction in the direction governments are taking to climb out of economic crisis. The survey shows overwhelming support in favour for a job-creation approach rather than one of austerity.

Two things are clear from the ITUC poll. One, that there is a sombre outlook on the fate of generations to come; and two, that there is considerable discord between popular and government opinion in regards to how best deal with economic worries.

The pessimistic tone of this poll echoes that of others that have been recently taken, for example Gallup’s Job Prospect survey, in which 57 per cent of global respondents thought it a bad time to find a job (Europe 72%), and one Canadian poll showing that just 25 per cent of participants have faith that the next generation will be “in better shape” than their own.

These findings are depressing, but predictable. Austerity measures worldwide have been met with scepticism and discontent, and frustration with conventional politics and financial institutions has been expressed in waves of protest and disorder across the globe. It is unclear where this intergenerational pessimism will lead, but it is clear that this is a problem that shows little sign of going away.