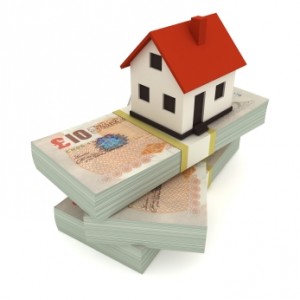 Millions of young people in Britain today are trapped by a housing crisis. As a nation, we’ve failed to build enough new houses over the last few decades, particularly in London and the South East, leaving us with a dwindling stock of vastly over-priced properties available for sale, and an inflated, poorly-regulated rental sector which another contributor to this blog has likened to America’s Wild West.

The recession has exacerbated this situation in the short term, with many banks and building societies unwilling to take the risk of lending to first-time buyers, and new construction slowing even further.

But what are the prospects beyond the current downturn? Can today’s 20-year-olds expect to buy their own houses within the next ten years?

The accountancy firm PricewaterhouseCoopers recently released “Outlook for the UK housing market”, a forecast which analyses how they think it will change into the 2020s and beyond. Unfortunately for Britain’s young people, their prognosis doesn’t suggest things are about to get much better.

The rising age of first-time buyers

PricewaterhouseCoopers say they expect UK house prices to remain fairly flat for the remainder of the recession, anticipating they will not regain their 2007 levels until 2015 at the earliest.

Lower prices should be good news for young buyers – but there is a catch. Earnings have also been significantly depressed during the downturn, and the accountancy firm goes on to say that “the ratio of house prices relative to earnings is expected to remain at very high levels by historical standards.”

This has been one of the key obstacles facing first-time buyers, as the extent to which property prices now outstrip average earnings (particularly for people near the start of their careers) means that banks have to offer them much higher mortgages (something they are now reluctant to do), and the deposits that people need to raise are often far beyond what they are able to save. 20% is now the average deposit for first-time buyers, according to the mortgage broker SPF Private Clients.

This is one of the main reasons why the forecast predicts that the average age at which people become homeowners will continue to rise. Indeed, they calculate that even if someone saves 5% of their gross income towards owning a house each year, beginning at the age of 22 and earning the median wage for their age all the way through, it would still be very unlikely they could afford a house before their late 30s. “The mid-to-late 30s will likely become more normal for a first house purchase for a single person and late 20s–early 30s for couples.”

The authors concede that even this projection is optimistic, given that so many young people simply can’t save anything like 5% of their gross income, usually because they have to spend so much on necessities like rent, commuting and student loan repayments. And that’s if they have an income to begin with, given the high rate of youth unemployment.

Using data from the ONS Family Spending Survey, PricewaterhouseCoopers estimates that the typical household headed by people under the age of 30 actually saves more like 1.2% of median income at the age of 22. This is so low that they simply conclude “even with two people combining resources, owning a house whilst saving at that rate becomes completely unrealistic”.

Part of the reason buying a house will remain very difficult is that the authors of this forecast don’t expect financial institutions to be willing to offer the very large mortgages which were available before the downturn. This will place even more of a burden upon other sources of funding, especially the fabled “Bank of Mum and Dad”. The influence of wealthy parents on the housing market is already very strong – 84% of house buyers under the age of 30 received financial assistance from relatives or friends in 2010 – and this forecast suggests it will play an even bigger role in the future, with obvious negative consequences for those whose parents aren’t in a position to assist them.

More property to rent – or to buy?

Having analysed the problems facing young people perceptively, PricewaterhouseCoopers then offer a solution which is bound to raise a few hackles among the younger generation: increasing the amount of property which is available to rent.

They suggest several policy interventions which could help to create a more developed market in rental property, such as attracting greater investment from institutional investors like pensions and hedge funds, and looking to plan very large-scale developments of rental property as part of regeneration projects.

What’s the problem with this? For one thing, it clashes with what the majority of young people say they want. PricewaterhouseCoopers themselves refer to a study undertaken by the Council of Mortgage Lenders which found that 80% of 18-24 year olds would prefer to own a house in ten years’ time. Although attitudes may be changing as more and more young people rent, Britain is still psychologically a nation of owner-occupiers, where “an Englishman’s home is his castle” and the idea of a “property-owning democracy” ties owning a house to our basic concept of belonging to society.

This has fed into a common sense of resentment towards renting amongst young adults, many of whom see it as poor value, eating up money which they could be spending on mortgage repayments if they only they could get one. Given that many of London’s young workers have to spend 40-50% of their take-home pay on rent, it’s easy to see why this is the case.

The other problem with this suggestion is that it seems rather illogical. Britain has an illiquid, over-priced housing market mostly because there is an insufficient supply of new housing being built. If we’re going to build new housing anyway, it might as well be freehold, as that is what people seem to want.

Alas, it seems unlikely that much will be done to address the housing crisis facing young people. The overwhelming message of the report by PricewaterhouseCoopers is that whatever else happens in the next decade, don’t expect Britain’s rate of home ownership to be any higher by the end of it.