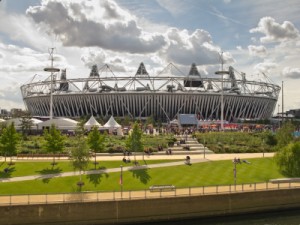 Just a few days have passed since the closing ceremony which marked the end of the London 2012 Olympic Games, and the city is still able to bask in the warm glow emanating from the sense that they were a huge success.

Once the Paralympics have finished in just a few weeks’ time, the focus will inevitably turn to the much talked-about “legacy” of the Games. A key pillar of London’s initial bid was that they would deliver a lasting legacy for London, and particularly Stratford and the borough of Newham, the previously blighted part of East London where many of the events took place.

Now that the public focus is shifting to the legacy of the Games, it seems important to stop and think for a moment, in order to ponder some important questions. What do we want the legacy of London 2012 to be? How much can we realistically achieve? And what will a positive legacy look like when we see it?

Any legacy of the Games – for better or worse – will ultimately be felt by today’s younger generation, and even those who have not yet been born, so it seems fitting to think about this issue in intergenerational terms.

A good starting point is to consider what kind of legacy we definitely don’t want the London 2012 Games to leave. The Athens 2004 Olympics are often considered to have been one of the worst recent Olympic Games in this regard.

At the time Athens 2004 was regarded as a huge success. Jacques Rogge, the President of the International Olympic Committee, praised them in glowing terms as an “unforgettable, dream Games”. Yet problems began to emerge once the main show had packed up and left town for good.

The legacy left by a major event such as an Olympic Games is multi-faceted, affecting a country economically, socially, politically and even spiritually, given the power such events have to alter national self-esteem and the manner in which a country imagines itself.

The most high-profile legacy, though, is left in the built environment. Hosting an Olympic Games requires the construction or renovation of a large amount of expensive, high-quality infrastructure, much of which is going to be in use for only a few weeks. If a country wants to avoid playing host to the dreaded “herd of white elephants” afterwards then it needs a credible plan for how these venues can be adapted for re-use once the final medals have been given out.

Unfortunately,Greece is now notorious for its failure to do so. As a result, much of the once-gleaming Olympic Park in Athens now lies derelict, with state-of-the-art facilities which cost billions of Euros to build left abandoned and strewn with refuse.

According to an article in The Guardian, the true cost to Greece of hosting the Olympics has never been properly calculated. Spyros Kapralos, the head of the Hellenic Olympic Committee, estimates that it was around €8 billion, although he concedes this is just an estimate: “There was a lot of creative accountancy. And a lot of the works were done in such speed and haste they cost a lot more than they should have done. I’m not happy.”

The ugly blots on the landscape which are all that remain of Greece’s Olympic venues serve as an unpleasant symbol of the type of wasteful public expenditure that has bankrupted the Greek state.

As Dimitris Dimitriou, a father interviewed in the Guardian piece, expresses it: “‘And, to think, we are still paying for all this. It’s part of the reason why our country is broke. And I hate the thought but he will be paying for it, too,’ he says, pointing to his son.”

This clearly isn’t what the people who organised the London Games hope will become of Stratford’s Olympic Park, whose design has been widely praised.

London’s main legacy for the built environment centres on converting much of the Olympic Park, including the Athletes’ Village, into mixed housing developments, with a high proportion of social and affordable accommodation, accompanied by improved social infrastructure, including a new school and community centre. Some of the venues, such as the hockey arena, were always designed to be temporary and are set to move elsewhere now that the competition has finished.

The aquatics centre is set to be converted for use by the general public, while the current plan for the main Olympic Stadium – the largest and most challenging of the venues to re-purpose – is still to lease it to a local football club for use as their home ground (West Ham United remains the most likely tenant).

It’s a big question whether all this will go to plan or not, particularly given the state of the economy. Planned communities rarely turn out exactly as their creators had hoped, especially in a city whose design is as gloriously improvised as London’s. Clearly, the potential is there for this new community to become an inner-city ghost town, or a ghetto for the poor, or possibly even an enclave for the very wealthy, depending on how it interacts with the housing market once people start moving in.

The other legacies of London 2012 are just as hard to anticipate. The economic consequences will be hugely important – will the Games generate growth, or even just help to reduce the costs of the entrenched deprivation which has blighted the East End for generations? And will they leave a positive spiritual legacy, enabling the generation of young Britons who’ve enjoyed the last two weeks of sport to take a little more pride in their country? Overall, will the experience leave Britain a nation which is able to carry its head a little higher when treading the international stage?

Whatever happens, our children and grandchildren are likely to still be paying the bill for hosting London 2012 long into the future. How they answer these questions will be pertinent in determining whether they think it is worth the cost or not.