Sarah Cruz Lima, of the Institute for Shipping and Trade Law at Swansea University, describes the imperfect efforts to curb dumping at sea, a classic case of short-term expediency with clear long-term – hence intergenerational – implications 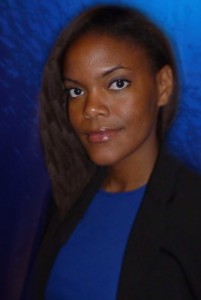 For a very long time it was generally believed that the oceans could absorb anything that was thrown into them. Fortunately this attitude has changed, particularly over the last 30 years or so which coincided with the increase in environmental awareness and scientific research observing the effects of various sources of marine pollution.

Not to be underestimated

Marine garbage pollution resulting from the shipping trade is an eminent problem. It is also an obvious problem, but in certain respects highly underestimated. Garbage from ships can be just as deadly to marine life and human health as oil or chemicals. The latter two receive a lot more attention at a regional and international level because they are more apparent and can quickly become political as a consequence.

Environmental concerns during the 1970s concentrated on the potential for environmentally sound commercial activities. There was a rise in external pressures from various sources, particularly from environmental non-governmental organisations stressing the importance of conservation.

The MARPOL Convention 73/78 is the main international Convention covering prevention of pollution of the marine environment by ships from operational or accidental causes. It is a combination of two treaties adopted in 1973 and 1978, and updated by amendments through the years. Annexe V of the Convention deals with garbage.

It is clear that a good deal of the garbage washed up on beaches comes from people on shore – holidaymakers who leave their rubbish on the beach, for instance. But in some areas most of the rubbish found comes from passing ships which find it convenient to throw rubbish overboard rather than dispose of it in ports.

The MARPOL Convention sought to eliminate and reduce the amounts of garbage being dumped into the sea from ships by imposing general rights and obligations on its Member States to ensure that ships flying their flag do not discharge waste into the sea. It also imposes on the States the duty to provide reception facilities in order to adequately dispose of the garbage produced in the course of a shipping operation.

Unlike other Annexes of the Convention, the provisions of Annex V address the discharge from ships but do not stipulate the equipment required to do so. This leaves a dangerous technical gap to be filled by Member States as they see fit, particularly by those who safely hide behind their status as “developing nations” and claim they do not have the technological power to fulfil their obligation under Annexe V. As a result, the environment suffers.

The technical Annexes to the MARPOL Convention 73/78 can be amended by a simple acceptance procedure called “tactic acceptance”. This procedure provides that amendments shall enter into force at a particular time unless before that date objections to these amendments are received by International Maritime Organisation (IMO) from a particular number of States.

The Convention’s implementation system has not eliminated risks, especially due to the increased use of “flags of convenience” and the questionable role of some private and very powerful players in the transport industry. Although the Convention embodies rather sophisticated monitoring mechanisms (such as certificates and ship inspections), their implementation is sometimes inadequate. There are several possible reasons for these inadequacies, including the lack of a legally-binding procedure for failure to comply or even of qualified personnel in the State where the flag is registered.

Moreover, the considerable cost of compliance with the MARPOL regulations curbs the desire of many countries to ratify it into their national law. That said, a total of 139 countries are party to the Convention, which represents over 97% of the world’s tonnage.

It is estimated that between 60 and 80% of marine debris is made up of plastic, and that plastic is accumulating in the oceans because of its disposable nature. Discharging from ships alone has been estimated to contribute around 6.5 million tons of plastic a year. While some plastics can last virtually intact for centuries, recent research has discovered widespread accumulation of microscopic plastic and fibre particles in coastal sediments and pelagic waters, evidently a result of the breakdown of larger items. The environmental consequences of this type of pollutant are not known, but ingestion of such particles by marine species – particularly large mammals such as the humpback whale or the bottlenose dolphin – may result in death.

The MARPOL Convention has been able to mitigate the marine garbage crisis so far. The International Maritime Organisation along with its Member States have set up various technical cooperation committees all over the world in order to better implement Annex V regulations for the prevention of this type of pollution at a regional level.

The industry continues to grow at a fast pace and persistent pollution will have long-term consequences, the severity of which has not yet been established, but the general concern is the implications of this problem on future generations, and whether the on-going pollution will prevent them from enjoying ocean resources as the previous generations did.

The relatively new concept of intergenerational equity in environmental matters requires us to find ways to ensure that the consequences of our actions for future generations are a regular staple of analysis and decision-making.

In many ways, the rights of the present persons are being viewed as superior to the rights and priorities of future ones. It is important to move towards developing effective and legitimate environmental policies to deal with the complexities of this trans-boundary problem.

The consequences of marine garbage pollution are yet unknown, but it has become clear that continuous unmitigated pollution could cause undesirable changes in biological and economic productivity. This could become more evident, especially in small island states that depend on ocean resources to fulfil their economic social and dietary needs.

Undoubtedly the sustainable and clean use of the ocean should be maintained and reinforced to minimize the risk of unpleasant changes for this generation and for the next ones.