David Kingman explains how overgenerous pension and healthcare commitments to former state workers have played a major role in pushing Stockton, California, over the precipice of bankruptcy 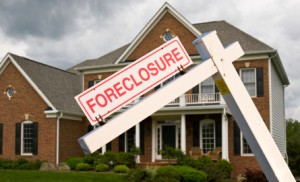 America’s prolonged economic downturn claimed a new victim on 26 June when the city of Stockton, in California’s agricultural Central Valley, announced it was filing for Chapter 9 bankruptcy protection as it could no longer meet its financial obligations to creditors.

The move – which city mayor Ann Johnston told local councillors was “the most heart-wrenching decision” they had ever faced – came after two years of intense fiscal retrenchment, as Stockton attempted to get back on a surer financial footing, all to no avail.

The city, which with a population of 290,000 is roughly the same size as Cardiff, suffers from having a deficit of $26 million between what it collects in tax revenues and what it needs to pay out in expenditure. The decision to accept bankruptcy protection will make it America’s largest city ever to formally become insolvent.

Since 2009, its officials have cut total spending by $90 million, partly through major lay-offs among public sector workers. Stockton has eliminated 25% of its police officers, 30% of its firefighters and 40% of all other city employees, yet still a persistent fiscal problem has remained.

One of the main drivers of the city’s financial problems has been the high costs of providing pensions and healthcare to former public-sector employees, which have risen as people are living longer in retirement.

Most of the seeds of Stockton’s downfall were actually sown during a period of prosperity it enjoyed in the first decade of the 21st century, which ended abruptly with the global financial crisis in 2008. Stockton is handily placed for commuters to both San Francisco and the state capital, Sacramento, and during the years of easy credit the city experienced a housing boom as developers built thousands of new properties, effectively turning Stockton into a dormitory settlement for workers in these nearby major cities.

As Stockton has a property tax which is levied as a percentage of the value of homes, the city coffers were swelled by the building of all this new housing and the arrival of the many highly-skilled workers who filled it.

Stockton embarked on several expensive redevelopment projects, including a new marina and a hockey stadium, while the public sector unions were also able to win considerable benefits for their members in the form of especially generous pension and healthcare packages, which in many cases covered their families and dependants as well as the actual workers themselves (in America, most people rely on private health insurance, which is funded by their employer, as there is no national health service).

However, an over-reliance on the revenues from property taxes meant that when the financial crisis hit, and the easy credit suddenly dried up, Stockton found it didn’t have sufficient income to cover all these expensive commitments.

The city has found itself near the top of nationwide foreclosure rankings in recent years, with huge numbers of repossessions and thousands of people suddenly finding themselves in negative equity.

Meanwhile, the commitments to retirees haven’t gone away. According to an article at Yahoo! Finance, city officials estimate that Stockton’s total liability for former employee healthcare benefits runs to $417 million alone:

As part of the debt restructuring plan which has been proposed following the city’s bankruptcy, these healthcare benefits would be cut back and then gradually phased out for both new and existing members – a move which led to anguished protests from elderly former employees in the days before the bankruptcy plan was announced; they now face the prospect of being left without any healthcare cover.

Pensions are more complicated, partly because it is a contentious issue in America whether pension guarantees are contractual rights, which the city would be able to alter, or property rights, which are guaranteed under the US Constitution, giving the city far less room to manoeuvre.

Officials close to the bankruptcy procedure have already made it clear that they are not going to tamper with existing pension benefits to any great extent, partly to avoid a costly legal run-in with both the unions and the California Public Employees’ Retirement System (CalPERS), a powerful agency which manages and oversees public service pension schemes in California, according to Reuters:

There are no real winners in this situation. Even the public service workers who have most of their existing pension benefits preserved are likely to lose their healthcare coverage, while the picture for the rest of the city’s inhabitants is grim. As explained above, widespread lay-offs have already been conducted across the public sector, while most private-sector firms will be reluctant to invest in the city while its finances remain in such a mess.

Unemployment is estimated to be at 20%, and reports suggest that rates of violent crime are among the worst in the nation. The bankruptcy will lead to further deterioration in the city’s credit rating, while the politicians who were involved are going to suffer a huge loss of credibility. Perhaps the overwhelming sense of decay in Stockton’s public life was best illustrated by the fact that their new City Hall, ordered during the good times at a cost of $40 million, was one of the first public buildings to be repossessed, by Wells Fargo.

Many other US cities are apparently watching events in Stockton with interest, anticipating that they may soon have to take similar measures. If nothing else, this case demonstrates the need for foresight, as it shows the dire consequences which can result from agreeing to overly-generous spending commitments when times are good, only for them to come back and hurt you during a downturn.