Antony Mason looks at the intergenerational dilemma posed by the Dilnot Commission, and the new White Paper on social care 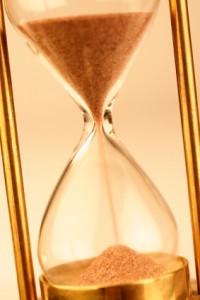 The serious and pressing need to address the costs of old age care is a classic example of a problem that requires a long-term solution being addressed by governments who have short-term perspectives – and look little further than the next election. The temptation for any government is to “kick it into the long grass”.

The government’s announcement today will do just that: essentially it postpones a decision on funding until 2014, and its implementation until 2015 – i.e. after the next election.

The headline solution is a proposal to offer local government loans to the elderly, so they don’t have to sell their homes while they are alive to pay for care – which 24,000 people (or is it 40,000, a figure used today?) are now having to do each year. However, that loan will have to be paid after they die, with interest.

In fact, local councils have already been able to offer similar loans (or “deferred payment schemes”), although the coverage has been patchy and limited (8,500 such loans in the last year). The difference will be in quantity and consistency.

“A clearer, fairer and more coherent system for the public” was the declared aim of the economist Andrew Dilnot, whose Commission delivered its report Fairer Care Funding: Reforming the funding of adult social care in July of last year.

The White Paper is largely based on that report, and primarily addresses the logistical and legal structure of social care (for the disabled of all ages as well as the elderly), with proposals to smooth out disparities in entitlements across the local authorities (the “postcode lottery”) and bring clarity to how individuals and carers can and can’t expect to be helped.

The trouble is, this is an immensely thorny issue. With increased longevity, care of the elderly is becoming an ever more critical aspect of social care in general. Care homes are expensive (£28,000 a year is said to be the average), pension arrangements are widely inadequate, and the incidence of dementia – requiring long-term 24-hour care – is escalating.

Already 1.2 million elderly people are dependent on care services provided by local authorities, and perhaps a million more are in need of such care and don’t receive it. The cost of social care accounts for 40 per cent of local authority budgets; they already have an estimated £1 billion shortfall in care funding, much of which is foisted on the already-overstretched NHS (which is having to take in the elderly when nursing homes, or home care, is not available), and the figures are spiralling upwards. Local authorities are desperate to find a way of capping their legal and financial responsibilities.

Best to have some private assets then? To take responsibility for one’s own care?

Well, no. For anyone with any assets (savings or property), old age could mean ruin: years stuck in a care home, draining away savings and property values towards the threshold at which the local authorities can be called upon for assistance. At present this asset threshold is £23,250; in other words, if you have assets worth more than £23,250 (including property) you get no help at all.

The embarrassment for the government is that this looks unfair: those who have led an exemplary life in financial terms may see all their savings – all the accumulated wealth that they hoped to pass on to future generations – wiped out by old age costs, while those who have saved nothing receive the same benefits for free. If free care is offered to the improvident, what is the point of saving?

That is what the Dilnot Commission was set up to address.

The Commission’s conclusion was controversial: cap the costs of old-age care for all individuals at some sum. They suggested £35,000 over their whole lifetimes, on care services. In addition, each individual should pay for their living costs (food and accommodation), which should be capped at £7,000 to £10,000 per year. In other words, two caps – and ongoing expenses (the analysis, auditing and tracking of each individual’s cost will be complicated.)

Thereafter, the government would have to foot the bill.

The big advantage of this proposal is that the cost of old age would no longer be an unlimited liability for the individual. That is not only reassuring: it also means that insurance companies would be able to calculate the risk of covering costs up to that capped limit, and come up with reasonable premiums.

The disadvantage would be that the government takes over the risk of the unlimited liability, paying the costs of those who have spent beyond their capped limit. Dilnot suggested that covering the shortfall would cost the tax payer about £1.7 billion a year (some say £2.2 billion).

At present about 50 per cent of pensioners rack up care costs of more than £20,000, but this tails off to relatively few (one in ten) who incur costs of more that £100,000. In other words, government liability in such a partial-insurance scheme can be calculated.

The government would dearly like to put the problem of escalating old age care on a stable basis. It would be good for votes. Health Secretary Andrew Lansley recognises the logic of limiting liability. Referring to the Dilnot Commission, he said: “We can enable people not to lose everything they have worked and saved for if they need care for several years. That is why we agree in principle that a limit on the amount that people pay themselves for the long-term care they receive would be the right way forward, and we will now seek agreement for how this can be funded. It will take time and effort to turn these ambitions into reality.”

In the time of austerity and cutbacks, that extra £1.7/£2.2 billion to cover the shortfall looks unpalatable – even if it is a relatively small sum when compared to the total outlay of the NHS of £106 billion a year.

Various means of providing for that £1.7/£2.2 billion have been mooted, including abolishing or means-testing pensioners’ universal benefits, such as the winter fuel allowance and free television licences (a proposal that has attracted the label “political suicide”), or removing their exemption from National Insurance when in work. Either of these could raise £2 billion a year.

There is an additional criticism. Essentially the Dilnot proposals – and that extra £1.7/£2.2 billion – will be protecting the assets of the middle classes, and their heirs. It makes little impact on the poor, or those without significant assets (beyond potentially reducing the competition for the local authority old-age provision that they will receive).

As Mark Easton, writing on the BBC News website, has succinctly put it: “It would hardly play to the slogan ‘all in this together’ if vast sums were taken from services to the most vulnerable and transferred into the legacies of well-off baby boomers.”

Intergenerationally, you have to argue that future generations should not be burdened with increased national debt. If the government spends £2.2 billion a year covering old age care, that is a bill that tax payers – i.e. younger people, and future generations – are going to have to fund.

And why shouldn’t the elderly property owners, who have benefited hugely from a windfall uplift in property values, largely at the expense of younger generations, fund their own care in old age? Why should those assets –  largely unearned and lightly taxed – be protected by the tax payer?

On the other hand, what goes around comes around. It is of course in the interests of the younger generation to see that an equitable solution is found for old age care, because they in turn will be old. If properly funded old-age care is set up as a secure and stable system, younger tax payers and future generations will themselves benefit in turn when they get older (a classic example of the intergenerational social contract).

The worst scenario is to do nothing. The current system creates a cloud of deep anxiety around old age: only the rich can afford it. The way we treat the elderly is beginning to look increasingly unjust and shameful.

The Dilnot Commission put forward a proposal – partial insurance – that offers one, carefully considered path out of impending crisis. Other solutions based on taxing the assets of the older generation may be fairer.

One way or another, to offer old age care that is free of unlimited liabilities means that the government will have to take on those liabilities. That means a price tag, which the current austerity-driven government will be reluctant to take on, and which younger tax payers and future generations will have to pay. In a scenario where the demographic is pointing to ever-increasing costs, it is essential that the government’s exposure is minimised.

But, in the interests of all generations, the government cannot shirk the issue. It must choose a solution, bite the bullet and implement it. This is not a case of mortgaging the future: this is a way of securing it.