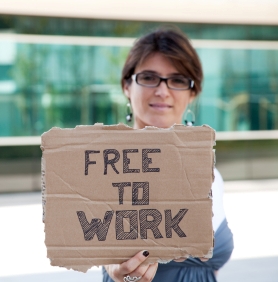 Mid-May saw the release of new UK unemployment figures, and the good news is that unemployment fell by 45,000 in the first three months of 2012. The jobless rate now stands at 2.63 million (8.2%) – still a pretty frightening prospect, but marginally better than its late 2011 peak of 2.64 million. The Government was quick to celebrate the figures, with Employment Minister Chris Grayling calling them a “welcome step in the right direction”.

Dig a little beneath the headlines, however, and things look rather different.

It is predominantly younger people who are bearing the brunt of unemployment pain in the UK, and these figures showed no improvement for them. On the contrary, figures compiled by the independent House of Commons Library and released by Labour in April showed the number of 18–24-year-olds out of work has more than doubled since the start of last year.

Many of those young people have been out of work for more than six months. And those out of work for nine months or more increased by a staggering 144% in the same period.

The results of long-term unemployment can be devastating, and can have life-long consequences. Any significant spell of unemployment can have an effect on your lifetime earnings, but studies show that this effect is heightened for those young people unlucky enough to graduate into a recession. Yale economist Lisa Kahn has calculated that the lifetime financial penalty for young Americans entering the labour market in a recession is equivalent to being saddled with a debt of $100,000.[1]

Moreover it is partly an explosion in part-time working which is behind the improved unemployment figures. Part-time working is currently at an all-time high, up 118,000 compared with the end of 2011. Many of those newly employed in part-time contracts took those jobs out of desperation rather than choice, with 1.42 million people working part-time because they couldn’t find a full-time job (the highest since records began in 1992, and up 73,000 since the last quarter).[2]

These figures reveal the very real problems faced by those seeking financial stability through full-time work in the current climate. John Philpott, chief economist at the Chartered Institute of Personnel and Development, agrees. He responded to the latest figures by describing how the weak economy is only “creating enough low productivity work to allow people to avoid the dole by doing the odd part-time job here and there.”[3]

And the combination of a sky-high living costs and stagnant wages means that even for those who can find full-time work, making ends meet is increasingly a struggle. There has been a 6% fall in real wages over the past two years, and average pay including bonuses rose by only 0.6% last year – the lowest growth for three years.[4] For graduates looking to pay off student debts and paying prohibitively high housing costs, usually in the private rental sector, the financial hardships are all too clear. Is it any wonder that, for many of them, living back at home after graduation is the only real option?

This “good news” on the unemployment rate hides a dark and troubling reality for young people struggling to get their first break in the world of work and start to build an independent life for themselves.