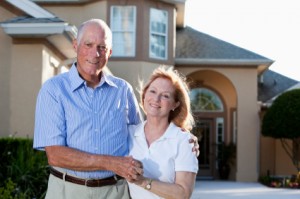 Retirement villages are popular among elderly people because they allow them to live halfway between full independence and the level of help that would be available in a residential care home. Residents generally own or rent their own private properties, spread over a large complex which also includes access to community venues such as restaurants, sporting facilities, and places where they can meet to socialise. They usually have control over how much assistance they receive, so intensive help is available to residents who can no longer feed or dress themselves, while those who haven’t reached that stage but just need a hand doing manual things, like putting the bins out, can also get that too.

The BBC’s blog highlights the example of Willicombe Park Retirement Village in Kent, where there is a strong culture of independence among the residents, and the staff host a wide range of sporting activities to keep them active, including Tai Chi, aqua aerobics and swimming.  Quality does come at a price, as the apartments cost £200,000-£350,000 each, along with service charges that can be up to £600 per month, but this reflects the fact that it’s in the South East, as well as the relative lack of supply.

Despite providing these benefits, Britain has relatively few retirement villages on offer. Just 0.5% of the UK’s over-65s live in retirement villages, compared to 6% of Americans in the same age group and 5.5% of New Zealanders, according to an article from The Guardian. They seem to be particularly popular in warmer climes; the first one was Sun City, built in Arizona in 1960 and now home to 42,000 people, while Australia is thought to contain 160,000 retirement village properties, compared to fewer than 20,000 over here.

Part of the explanation for this is Britain’s tight planning laws, according to Nick Sanderson, Chairman of the Association of Retirement Villages and Chief Executive of the Audley Group, one of the UK’s major retirement village operators:

“Retirement villages have not taken off here as they have elsewhere. Getting planning permission can be difficult and I think Brits have an attachment to their homes than is not always seen in other countries.”

Given our ageing population, and the fact that social care for the elderly is often said to be “in crisis,” surely we need every potential tool at our disposal to help give elderly people the dignity and comfort which they deserve in their old age? However, the lack of places in retirement villages may also be harming young people too.

The supply of new housing has tightened-up dramatically in recent decades, just as the British population has been growing older. In 1971 the UK was home to 10.1 million people aged 60-84, but the number is now expected to reach 13 million by the end of 2012.

It’s well understood that a person’s housing needs change as they get older, typically peaking during the reproductive years when families have their children living with them, and then falling as people get older, with many pensioners eventually living on their own. Therefore, the number of people with smaller housing needs has grown, but the squeeze on planning permission has meant that very few new houses have been built which cater to their needs, particularly bungalows.

The result, as IF argued in our report Hoarding of Housing, has been that the ageing of the UK population has rippled down the housing ladder, with large numbers of elderly people feeling “trapped” inside family-sized homes which are larger than they need, expensive to heat and difficult to maintain, while younger people face huge obstacles gaining access to properties that would suit their housing needs because so few of them come onto the market.

In the context of housing, the problems of young families and elderly pensioners actually overlap to an extent which has not yet received enough recognition. To help address them, Britain needs a housing policy for all ages, in which retirement villages can play a vital role.

Retirement villages won’t be the solution for everyone, but they could potentially make big inroads into both the elderly care crisis and the housing crisis facing young people. Surely that is something the government should be looking to build on?