With personal experience as a City Councillor in Norwich, Samir Jeraj explains why, sadly, young people are under-represented in local government 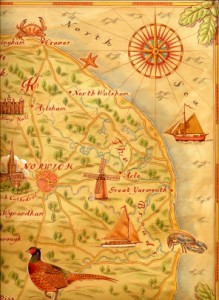 A few days after my 23rd birthday, I was elected as a City Councillor for the Green Party in Norwich. It was possibly one of the best and, on reflection, most life-changing decisions of my life. However, it’s four years later and, like many young councillors, I’ve decided not to stand for re-election.

Why is it that young people are largely absent or in a significant minority in local government?

Getting older, not younger

Ask any student of British political reform and they’ll point out that the history of reform in Britain is one of long, agonising steps towards patently more democratic and fair political systems. Almost a century elapsed between the ‘Great Reform Act’ of 1832 and universal suffrage in 1928.

In 2007 such a step happened: young people between the ages of 18 and 21 were allowed to stand for election to local government.

A year later, a census of councillors noted with alarm that “The average age of councillors has increased from 55 years in 1997 to 59 years in 2008, and the proportion under 45 has fallen from 18.4 per cent to 13.1 per cent over the same period.”

My own particular election went against the grain in a lot of respects. Firstly, aside from being young, I am also from a BME (Black and Minority Ethnic) background, like around 3.4% of other councillors.

Secondly, I was elected as a Green Party Councillor (one of about 100 at the time across theUK).

I was elected to a political group where five of the thirteen of us were in our 20s, and a Council with at least another one or two councillors in their twenties and several more in their 30s.

There was a noticeable difference between the political groups, with the Labour and Liberal Democrat Parties tending to select and elect older candidates, and the Green Party and Conservative Party selecting younger candidates.

A system that favours the old

As with most problems, there are structural causes. In this case I’m content to lay the blame at the electoral system on the one hand, and broader social and economic structures on the other (i.e. neoliberal capitalism).

First past the post systems breed conservatism and caution amongst political parties. In a system where a single vote is enough to win, the risk of losing– or of not winning– ensures that parties tend to select safe and known candidates. In a choice between selecting an older, established local activist and a young newcomer to the area, it is very likely that established local parties will stick with the person they know until he or she steps aside. Deselection, or defeat in selection, is a bitter process which often results in the previous candidate running as an independent and splitting the vote.

Young people are often seen as a risk in general, because they are less settled (i.e. more likely to have to move away for work etc.), more likely to have a full time job and not put in as much time, and more likely to have young children and family commitments. A four-year term of office can be a long time for someone in their twenties. Were they to have to resign, a costly by-election would have to be held, with the risk that the incumbent party would lose.

At its worst, this can emerge as a deeply unpleasant and negative attitude towards younger candidates and councillors with labels such as ‘bed-sit trot’, ‘not from the area’, and ‘parachuted’ being used.

The need for reform

The solution is fairly simple in this case. Elect local government by PR and get rid of the absurd, costly, and unrepresentative process of by-elections.  We need to get to grips with the fact that, as a society, we are less settled, and more likely to move around for work.

Money is the other major issue facing most young councillors. The average councillor puts in around 22 hours a week, for which they received an average basic allowance of £6099 per year, meaning approximately £5.38 an hour.

For those already in full-time work, the law requires that employers provide some time off for duties as an elected representative; in practice only the most sympathetic employers (the public sector stands out in this regard) will do this. Hence there is a bias towards retired, independently wealthy, and self-employed councillors.

Interestingly, where there have been major overhauls of local government (e.g. Scotland), councillor basic allowances have been set at far more liveable levels.

Ideally there would be a similar system to Scotland in the rest of the UK, with a decent basic allowance being set, and then pegged against staff salary rises, so there wouldn’t be the four-yearly battle to raise what is generally terribly low pay in one leap.

Unfortunately, such a proposal across local government would be met by such vicious hostility (just type in ‘councillor allowances’ into Google) that it’s unlikely that anything short of including such a measure in a major reform could achieve this end.