To mark the Votes at 16 Action Week, youth worker Melissa Jane Knight makes the case for lowering the voting age 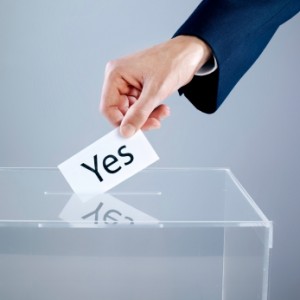 Here’s a riddle:  We know the word. We think we live in one. We hear our leaders tell us they defend it. We even send our soldiers to other countries to fight wars for it, risking their lives and the lives of others to topple those who deny it. We praise countries that use it. And ridicule those who denounce it.

You may have guessed the answer: democracy. And yet the puzzle continues. Despite purporting to be democratic nations, our history tells us otherwise. Democracy has not come without its struggles. Citizens have fought long and hard for their role in government, whether it be the uneducated man who seeks to vote side-by-side with the intellectual; the poor versus the rich (and corrupt); the ordinary citizen fighting for the right to stand up and be counted against hereditary powers who could automatically stand as one’s father did; the suffragette movement fighting (and dying) for women’s right to vote; and minorities struggling to be recognised and given equal rights, most notably in the civil rights movement in America. And while we in Britain watch in simultaneous horror and delight at the potential of the Arab Spring, there are holes in our Union Jack-coloured carpet that need fixing.

While the media, Internet and Twitter have buzzed with recognition that the elderly are not to be forgotten, and that most people over sixty-five are sharp-minded, and able-bodied and capable of  making sound decisions, an equally important movement has also been gaining ground, led most notably by the Votes at 16 Coalition.

No taxation without representation

The young and the old are often misrepresented; the only problem is that one group is far more powerless. Whereas many older people have the experience behind them to know their political structures and how to access and engage them, young people are often less nuanced by politics. And yet their lives are completely controlled by it.

Young people are forced to attend school up until the age of sixteen, with an extension to eighteen currently in view. Sixteen year olds can legitimately indulge in sexual intercourse and have a baby, have to pay adult travel fares, can live independently from their parents, pay taxes from working full time — and yet they are barred from the right to vote.

When an amendment to lower the voting age was put (ironically) to the vote of politicians over a decade ago in 1999, the amendment was defeated by 434 votes to 36. But why such opposition? Speaking  in Parliament at the time, Liberal Democrat Simon Hughes pointed out that sixteen year olds can consent to surgical medical treatment, give blood, donate organs, join trade unions, get married (with parental consent), can be convicted of a crime, and join the armed services (which may involve risking their life for the country). Why then, he asked,  should we deny them the right to vote?

From its early beginnings – from Aristotle to John Stuart Mill on representative democracy, from Karl Marx on class divisions to Edmund Burke the conservative godfather, from Jean-Jacques Rousseau on the social contract and even Benito Mussolini on the justification for elitism – we own a democratic debate that stretches over centuries, trying to untangle the web of power that governs over us. And the debate over the voting age is no exception. It took 20 years of vigorous campaigning and self-sacrifice before women in the UK got the vote in 1918, but you had to be a woman over the age of thirty. Ten years of further campaigning led to a nine-year drop when women could vote alongside men, aged 21. The voting age was lowered to 18 for both men and women in 1969 and now, 43 years on, the struggle to lower the vote to 16 continues.

At times all citizens feel completely unrepresented and unheard. We often feel the only time we have a voice is at elections, because in that moment something transfers to us: prospective candidates, must stand for a moment as the numbers are called, vulnerable to public opinion. Winners or losers, they must move on in the knowledge that the people did decide.

I think all readers of this blog would agree that the power of the vote is a good thing. To vote is a vital action in a healthy democracy. The decision not to go and cast your vote is also (however perverse) an indication of a functioning democracy. And to be denied the vote leaves you vulnerable to the decision-making of others. If what we want is a more empowered society, a more responsible youth, then hand them the ballot slip and send a clear and positive message that we have faith in our young people to make good decisions. They might even inspire their parents to get out and make a family occasion of it.

It is not as if we as a nation have forgotten how to vote or what a vote means and can do. The voting figures for shows such as X-Factor and Strictly Come Dancing certainly don’t indicate any lack of engagement.

But as I write this, still something stirs in me – a worry, apprehension, fear – and I am youth worker! The idea of the voting cohort being expanded to sixteen year olds maybe sounds too progressive, could be viewed as a threat to destabilise a democracy that is already shaky after suffering a Hung Parliament in 2010, with no clear majority. If adults cannot even turn out to vote, how can we trust young people? And young people, they’re so fluid, so haphazard, and would probably stay in bed on polling day anyway, adding further to the embarrassment of Britain’s habitually low turnout.

But this is not reality. These are the irrational adult-centric views that harm what could be a thriving, vibrant lifeblood injected into a stagnating political system — the cabal of ex-public school boys indulging in slanging matches to the jeers and moans of an unruly sea of suits.

Watching PM Questions, I often wonder how these MPs would cope if they had to sit in silence all day, as teachers demand in school lessons. Surely a parliamentary debate should be about learning from each other and seeking compromise: that’s what the kids get taught. Perhaps we adults can learn something from those fresh out of secondary school.

And schools could play a vital role in creating the culture for voting.  As a state-educated pupil in a school now being closed down for its failures, I campaigned to learn politics as a GCSE subject. I could not back then – and quite honestly still cannot – understand why politics is not a core GCSE subject. I had to wait until university to study it, and by that time the enthusiasm of my peers to partake in it faded faster than the Conservative’s chosen shade of blue.

In my nine years’ experience working with young people –  some of whom are excluded from school, adorned with police tags, and own social worker statements as long as a Swiss Bank tax evasion investigation – I am continually impressed by their emotional intelligence and ability to see the truth. Without the burden of mortgage payments, the drudgery of full-time work, the emotional upheavals of maintaining adult relationships, and the burgeoning conclusion that everything is always someone else’s fault, there is a space – a space like the bright light of a sunbeam hitting through the glass, causing a rainbow to form on the carpet. Lowering the voting age could well be the missing colour from our political spectrum.

Red, white, blue, green or yellow – there’s an opportunity to harness something here. And I urge the brave politician to take the lead, because behind every voting teenager are often several adults who love them, adults who may have forgotten the fact that voting is not simply a right but a privilege fought by many before them. And in every teenager is the desire to grow up quickly into an adult, so we as a democracy must include the art of voting in the mix of adult images we continually throw at our youth. And I don’t think, as some sceptics do, that British politics will suffer, or we as adults will be let down. Indeed, I think we will lead into a brighter and more colourful political future.

The Votes at 16 Action Week runs from 5 to 11 March 2012. Over 1.5 million 16 and 17 year olds are denied the right to vote. If we want politicians to listen to the views of young people as our society ages, younger voters must be encouraged to vote. Write to your MP and demand a vote or sign the  e-petition calling for young people to have a right to a vote at 16 years old.