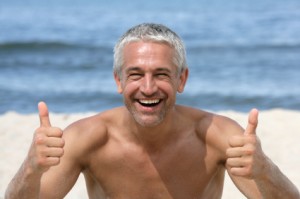 Last year, the government gave £2.7 billion to the over-60s in the form of Winter Fuel Payments (also known as the Winter Fuel Allowance). These are a government benefit, worth £200-£300 per year to individual pensioners (depending on their circumstances), which is intended to help them cope with the costs of heating their homes during winter.

This money supports sensible aims – to reduce the number deaths amongst retirees that are attributable to cold weather, and combat fuel poverty. Yet it is such an expensive scheme that questions have to be asked about whether it achieves what it is meant to – questions that the younger generation should be asking, as it is ultimately their money which pays for it.

To begin with, £2.7 billion is a lot of money, even though it may not sound a huge total in the context of government expenditure. Remarkably, it is more than we spent last year on the Royal Navy, which only got £2.3 billion worth of funding, according to The Guardian.

Of more serious concern to the younger generation should be the fact that much of this money does not fulfil its intended function. Winter Fuel Payments are supposed to combat fuel poverty, yet their exclusive focus on one section of the population manages to prevent them from doing so.

The basic design of Winter Fuel Payments is inefficient. Anyone who is over the age of 60 gets them automatically, without even having to apply – yet this means they miss most of the people who need them, for one simple reason: most of the people who live in fuel poverty aren’t pensioners, and the majority of pensioners don’t live in fuel poverty.

The statistical evidence supports this claim. A household officially lives in fuel poverty if more than 10% of household disposable income has to be spent on heating and lighting costs. Owing to rapid inflation in energy prices over the past decade, there are now thought to be 5.7 million households living in fuel poverty in England and Wales, which is almost a quarter of the total.

However, pensioner households account for only 30% of them, according to a Daily Mail article from October 2010. And remember, these are households: if you factor in the fact that pensioner households are typically smaller than those containing people in younger age cohorts, because their children have usually moved out, then the absolute number of people affected by fuel poverty must be much higher for those who are younger. Anyone below the age of 60 who lives in fuel poverty is surely entitled to ask “where are the winter fuel payments for us?”

This is also borne out by the manner in which recipients use Winter Fuel Payments. A report published by the think-tank Reform in June 2011 found that only 12% of the money distributed in the form of Winter Fuel Payments is actually spent on fuel; they also noted that the value of the payments had increased by 150% between 1999 (when recipients were only given £20 per year) and 2010, despite average domestic electricity bills rising by a mere 22% in the same period.

More telling still is the evidence provided to the House of Commons select committee on Energy Inefficiency and Fuel Poverty in 2009, summarised in their report. Astonishingly, they found that only 12% of pensioner households live in fuel poverty (p.16).

In giving evidence, National Energy Action, a charity whose own website claims their work “aims to eradicate fuel poverty”, argued that Winter Fuel Payments had only removed 100,000 households from fuel poverty and gave “an extremely poor return for such an investment.” They concluded that:

“The universal nature of the payment means that millions of households, who are comparatively affluent and far removed from fuel poverty benefit from the payment. In addition there is clearly a strong argument that this massive funding level would have been better utilised on heating and insulation programmes.”

This trenchant summary of the flawed design of Winter Fuel Payments manages to miss out some other significant details too. Chief amongst them: the fact that the elderly are already protected from rising fuel costs in several ways.

To help older people when the temperature drops very low, a separate scheme exists called Cold Weather Payments, which Reform argues does the job of Winter Fuel Payments already. These automatically give pensioners £25 every time that the temperature in their postcode averages less than zero over seven days, or is forecast to do so.

More significantly, pensions – both the basic state pension and public sector pensions, as well as many (but not all) in the private sector – are index-linked. Recent government changes mean they rise by the rate of CPI each year. CPI is calculated using a basket of goods which includes fuel and heating bills, with the explicit intention of protecting people who are on state benefits from rising costs.

Another problem is that pensioners who live abroad can still claim Winter Fuel Payments – even if they now reside in the tropics. Freedom of Information requests have revealed that last year, £15.5 million of Winter Fuel Payments were dispatched to 72,840 people living elsewhere in the European Economic Area. The country with the most was Spain, not exactly known for its low temperatures, while they also went to people living in French and Spanish territories in the Caribbean, which can see temperatures of over 30oC on Christmas Day.

The evidence presented above should be enough to convince most people that Winter Fuel Payments are unsuccessful at what they are supposed to do. A fairer scheme would address all those living in fuel poverty, rather than simply pensioners; it would probably also work better if it equipped households with better insulation and more efficient heating, as National Energy Action suggested, rather than simply trying to pay peoples’ bills for them.

However, the problem with Winter Fuel Payments is that they have become both a white elephant and a sacred cow. It is easy to see how some observers interpret the fact that the payment goes to all pensioners – even though most of them don’t need it – as a cynical attempt by the government to buy peoples’ votes.

That said, the government’s attempts to reign in the cost of this flawed scheme have been generally greeted with howls of outrage. When George Osborne announced last March that the amount of available money would be cut by £50 for over 60s and £100 for over 80s, the Daily Mirror pugnaciously denounced the move in a headline as “a shabby trick from a shabby little man”.

Much of the press, aware that pensioners are one of the few demographics left who reliably buy newspapers, are keen to leap to the scheme’s defence every time it is threatened with reform.

However, this winter (perhaps reflecting its relative warmth compared with preceding years), a few embers of opposition were stirred in the political grate. Unfortunately, neither of the two ideas which gained the most attention went far enough in what they suggested.

Some commentators recommended taxing the Winter Fuel Payments given to pensioners who are higher-rate tax payers; a discussion of this idea even made it to the floor of the House of Lords. It may seem like a step in the right direction, but the logic underpinning it is ludicrous: the government would, in effect, be recognising that they tried to solve a problem by giving billions of pounds to people who didn’t suffer from that problem, and then saying we’ll make up for it by clawing a small amount back from the ones who needed this payment the least in the first place.

The second idea was more welcome: setting up organizations through which pensioners who aren’t in fuel poverty can donate their Winter Fuel Payments to good causes. Two such groups achieved a decent amount of publicity this winter: Fuel Our Youth, who channel the donated money towards youth projects, and the Surviving Winter Appeal, who gave it to worse-off pensioners.

While the intentions of both these groups (and the people who donated to them) were exceptionally honourable, one might argue that it shouldn’t fall to citizens to try and make up for the government’s inefficiency at grass-roots level. In any case, a cheaper, better-designed scheme would free up more public money for addressing the problems of both youth and pensioner poverty.

Many commentators have suggested that the benefit should become means-tested. This would do more to target it at the pensioners who actually live in fuel poverty. However, it is not as straightforward as it might sound: after all, large houses are more expensive to heat than smaller ones, so pensioners who are actually quite well-off on some measures could be the ones who have the biggest problems paying their utility bills.

A bigger problem is that means-testing is fiddly, inefficient and unpopular, especially amongst pensioners, many of whom view means-testing as humiliating and intrusive, or, conversely, see means-tested benefits as a reward for not having worked and saved during younger life (arguments frequently brought up in the debate over means-tested residential care).

One of the suggestions which came up in the select committee report quoted above was that Winter Fuel Payments could be given to pensioners in the form of vouchers. This could save money, if the government wasn’t actually charged for them until the pensioner uses them to pay the energy company, and would ensure that the benefit was actually used for its intended purpose. Even this idea, though, wouldn’t address the fact that Winter Fuel Payments are given to millions of people who don’t live in fuel poverty; to get over that problem, a more complete solution will be needed.

What we need is a serious debate about energy policy, which would take into account a pair of important realities.

Firstly, fuel poverty is not a problem restricted to older people, or which even falls upon them most harshly, so we need to broaden the debate to include everyone whom it affects.

Secondly, the government is being disingenuous if it gives money to help pensioners pay their energy bills with one hand, and then writes energy policies which raise the costs of electricity and heating with the other. This comes back to the broader point that paying people to burn more fuel is not a sensible policy for a modern government to be engaged in; for the long-term, we need a campaign of free insulation and improvements to energy efficiency instead.

Of course, the logic of radically changing the Winter Fuel Payments scheme is unlikely to appeal to politicians, who would no doubt view such a move as a guaranteed vote-loser. We need the people who lose out from this scheme intergenerationally – young taxpayers – to make their voices heard if we want an honest debate on Winter Fuel Payments to catch fire.