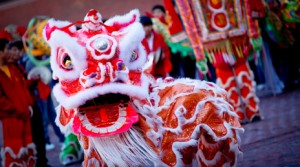 Xiao Mei, reporting from China, provides a vivid, personal account of the deep intergenerational connections that are reinforced by traditional family celebrations, and how these connections are set to change for future generations

On the eve of Chinese New Year, twelve of us – my aunts’ families, my uncle’s family, my parents and me – travelled over 1200 km and arrived at a small village in the distant mountainous area in Jiangxi Province. It was my grandpa’s home. It has always been his home, real home, even though he left the village at the age of eighteen, and has only sporadically returned to visit during the next six decades. My grandpa is eight-two; feeling more homesick than ever, he had decided to move back here last October, at least temporarily.

Last year, my dad sent money back to the village to have a new house built for my grandpa. My grandpa was thrilled, and nagged my seventy-six year old grandma to go and live in his home village with him. It would take thirteen hours for any of their children to drive to visit. But at least my grandpa would feel much closer to his own parents, my great-grandparents, who passed away over forty years ago. They are buried ten minutes away from our new house. My dad never met his grandma, and only met his grandpa once, when he was nine.

So this year, all of us travelled hundreds of miles to celebrate Chinese New Year with my grandparents in this remote village. During the days when we were there, there were all kinds of rituals to commemorate my great-grandparents and even earlier ancestors. Tablets were set up at home, in the ancestral shrine, on the grave. They were painted with traditional characters that seemed rather alien to me. Older people of the village told my ancestors – in a language indecipherable to me – about the recent events in everyone’s lives, probably emphasizing that my dad had a decent job, and that I was completing my PhD at one of the most distinguished universities in the world.

Although my ancestors would have absolutely no idea what Cambridge was, and I had never met any of them, I almost felt that pursuing a PhD suddenly had a new meaning and gained new weight. It was no longer a personal endeavour. Since the whole village now knew that I was a Dr (I tried in vain to explain to them the difference between a Doctor and PhD candidate ), and my long-dead great-grandparents had already been informed of the good news, I assumed it was better for me to actually become Dr Mei, one day. Supposedly it will bring glory to the whole village, where everyone shares the same family name. For the first time, I felt some kind of connection with these “significant strangers” – as I’ve chosen to call them.

This reminds me of another encounter with an ancestor. When I was thirteen, I spent one summer in the village with my grandparents. It was the first time I was there. One night, when I was asleep, I was bitten by a huge, ugly, and poisonous centipede. I remember it hurt a lot, and my arms remained swollen for a whole week. Despite the fact that I was apparently horrified and tormented, the villagers insisted that it was my ancestor coming back to say “ hi” to me. It wasn’t that comforting at the time.

I suspect this is one benefit of living in a traditional society: that you die, but never really disappear. You actually have a more respectable existence, without worries about hunger or war, devoid of the pains of separation or loss. For us members of a younger generation who grow up in cities, life seems to be stamped with the typical mark of modernity. It is linear, and limited. It is all about my feelings, my ambitions, and my desire, in this life. It is all too important for me, and utterly meaningless to my neighbours – or my future great-grandchildren.

When it is just a normal day in the village, outside of the holiday season of Chinese New Year, the village is usually very quiet, sometimes too quiet. Just like millions of similar villages in China’s less developed regions, you rarely bump into young people any more, especially young males. Some of them have gone to work in the cities; some of them are studying in the cities; some of the families have moved altogether.

The old people left, and returned. My grandpa’s sister-in-law once left to live with her son in a big city for a while, and withered like a winter reed. She was trapped in the tiny little apartment, and couldn’t communicate with anyone outside. She didn’t understand the city. And the city was too impatient to understand her. She finally returned to the village, even though this meant parting with her beloved grandson. When we met her again this time, she had regained all her former energy , walked faster than us in the mountains, and was recognized as the best dressed old lady by local villagers.

Young people leave, but they do not return. Sure, they do return, sometimes, during Chinese New Year, for a few days. But there is not a single hint that they will return to the village to settle down and tend the land. This is a life to be left behind. Last time I was there, the village kids were like village kids. Now they dress more “urban” than I do. Two of my cousins are studying in a city four hours from home. They come back to visit only twice a year. One of them loves hip-hop. This is urbanization happening in real time, before your eyes. You feel the pace and pulse of this grand social transformation.

This is also a curious moment for intergenerational relations. The young people of a family leave to embrace city life, whereas the older ones linger in the village. The relationship between different generations is challenged not only in the dimension of time, but also space. It is transformed not only economically and politically, but also socially and culturally. It changes not only in terms of the way that we live, but also in the ultimate question of death. When my young cousins one day settle down in the city, how are they going to cope with their relationship with their parents and grandparents, who need help and care, but can’t part from the land? When all of my relatives finally move out of the village, which is happening at a fast pace, does it mean that my connection with my ancestors will be cut off? Does it mean that my “significant strangers” will finally fade into triviality, and their existence will truly disappear from this world?