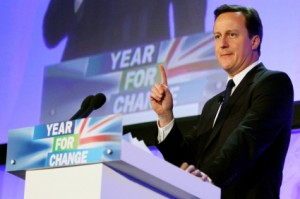 Harvard post-doctoral researcher Julia Puaschunder has recently published a research paper entitled ‘On the Social Representations of Intergenerational Equity’. Puaschunder used the technique of discourse analysis to review 110 speeches and interviews made by “movers and shakers” – figures from the world of politics, academia, business, finance, the media, NGOs and religion – to discover the contexts in which they referred to intergenerational concerns.

What Julia discovered was that this diverse range of figures had emphasized three primary concerns: pensions, over-indebtedness and ecological decline.

The theoretical underpinning of this research is that social representations really matter because they describe the genesis of collective ideas, social norms and general moods and may predict future action.

Puaschunder refers to one of the earliest thinkers on the importance of studying social representations, Emile Durkheim – the pioneering French sociologist – who said that looking at how ideas spread allows one to describe societal common knowledge of the prevailing zeitgeist.  Such representations usually start from current events and experiences and these perceptions help people to deal with their social reality and draw out meaning from external shocks.

The world financial crisis of 2008/9 was one such shock, and people increasingly understand it in terms of intergenerational equity.  Studying the speeches and interviews of international leaders has revealed that they see the major intergenerational issues very starkly, being:

– unsustainable pension systems in the context of ageing and shrinking western populations;

– over-indebtedness in the wake of government deficit spending; and

Studying the utterances of international leaders may also point to possible solutions, in relation to this intergenerational unfairness. Julia Puaschunder’s study suggests that these may be:  behavioral changes to make consumption more conscientious, institutional regulation, efficiency considerations and foresighted taxation.