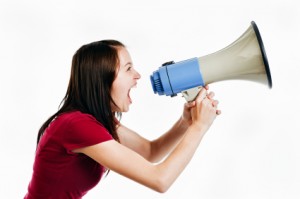 Youth worker Melissa Jane Knight gives an impassioned account of the dire prospects facing her generation. And she is one of “lucky ones” who stuck with education. The key to more equitable solutions lies in better targeted government policy.

I don’t want a massive wedding. I don’t like those expensive wedding dresses. I can’t stand diamonds. I don’t need a honeymoon. And I don’t necessarily need a wedding to have a marriage/partnership. My mother was married and yet my best years as a child, when I felt safe and protected, was when my father was not around. It’s not when you marry but who you marry.

I have family all over the world and so even a budget wedding would be expensive. And I don’t have a spare £1k for a wedding, when that could go towards a deposit on a house instead. I’m already celebrating my tenth anniversary of private renting this year and I am truly sick of it. All I want is a little security, and that would be to own a decent sized property that has a spare room to raise a child or two in.

I’m not mocking marriage but it is not important to me whether it happens before or after children: housing them somewhere where that is a secure home is more important.

By the time I left university in 2008, I was in £17k student loan debt, and since that time have managed to pay off £2k of it. I also have a £2k bank loan for LSE fees, and a £2k student overdraft. With £6k saved in the bank, I have not got enough to buy a house, despite paying more in rent than some of my friends who have mortgages.

I don’t smoke, drive a car, or buy new clothes each month. At the rate I am saving, I will have £20k by 2015, aged 33, but then repayments will still mean I have to work while having a baby.

Then the joke is, I am actually one of the lucky ones. My student debt is nothing compared to future students, and being well-educated, I at least have a shot of getting there. But what about the young people I work with? And I’m not just talking the ones who are excluded from school, have huge behaviour issues, and suffer neglect so much that they are already self-destructive, angry and violent. I’m thinking of the average young people who will do averagely at school and get an average-low paid job. While a “two-bed” property is £250k? Come on! A home becomes a luxury item and is increasingly unattainable.

I say “two-bed” because what the developers have done in both flats I went to view in New Cross recently (to see what one gets for one’s hard-earned cash, and to tease myself with the pretence I am a contender for home ownership) was rip out the kitchen and make it a box-like second bedroom and then put a shoddy, cheap kitchen in the corner of the living room and call it a kitchen/living/dining area. Do I want to pay £269k to have my sofa smell like fried eggs?  With such poor regulation, is it even sensible to start on the housing ladder?

Housing is the biggest issue we face. Britain, especially London, doesn’t provide enough affordable, decent housing. And the minimum wage certainly does not provide young people enough to take care of themselves fully and plan for a future adequately.

I’m reading Chavs at the moment by Owen Jones, who shows that “the demonization of the working class” began with removing industry and manufacturing, and then allowing council flats to be cream-skimmed and bought up, ghettoising remaining council tenants in poor living conditions soon to become riddled with crime.

…but no entry-level jobs

I see it on the Sydenham Town Forum all the time. We berate the poor as scum when in fact we should look at the real policies that took whole industries away from people, rendering them useless. In Germany, the government subsidised the manufacturing industry heavily, allowing redundant industries to slowly reduce while some grew stronger; their steel industry is one example, and look at how strong an exporting nation they are. Britain didn’t,  crushing trade unions instead.

And somehow we justify bailing out bankers? Why weren’t working class industries too big to fail? Whole towns devastated. Men left emasculated and idle. And Tony Blair continued this reduction. I read a few years ago a quote by Margaret Thatcher: when asked her finest political achievement, she replied “New Labour”.

Meanwhile New Labour’s James Purnell expected 3 million people on benefits to get off benefits and find work when only half a million jobs were available.

David Cameron is the same, putting the spotlight on the workless and not his stock-broking contemporaries, who enjoy the street lamps and pavements of West London but fail to register their head office in Britain.

Proud to be British? I’m more proud of the immigrants up at 4am cleaning Parliament on minimum wage in the hope their children won’t be. There is no national pride in tax evasion or sending jobs overseas. Meanwhile we talk of sink estates and despise the benefit-takers, overlooking the empty factories silhouetted in the distance.

Cutting benefits is not the answer; raising conditions for working poor is. We must make the minimum wage worth more than a person’s combined benefits and make social housing for working people again, not for the most deprived, who then become scapegoats for societal problems.

But how to pay for it all? Benefit fraud, according to chartered accountant Richard Murphy in Owen Jones’ book Chavs, costs £1 billion a year while tax evasion costs £70 billion (2011: p.31). Why don’t we ever see government adverts sticking it to the white collar-criminals? £70 billion can build a lot of housing, as well as fund apprenticeships and training for the young unemployed.

This isn’t even a argument for redistribution: it’s plain economics. We all can and should be taxed according to our earnings.